We are celebrating with a special Better Sharing campaign, honoring 20 years of commitment to open access and better sharing.

We invite you to join us. We have an ambitious goal to raise over $15 million in support. 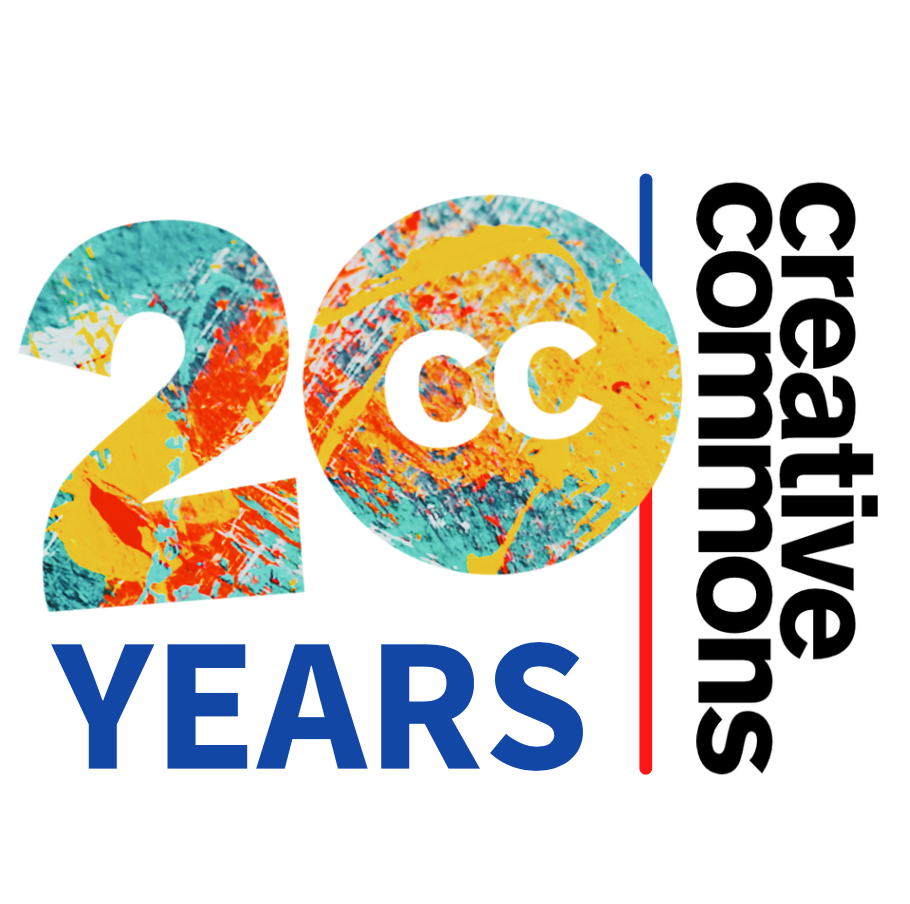 When Creative Commons was founded in 2001, the internet was a budding universe with high potential, and platforms widely used today like Wikipedia and Google were only just getting started. CC’s founders were keen to hit the ground running, building on their work to ensure that, as the internet continued to grow, safeguards to knowledge, culture, and creativity were firmly in place.

While those familiar with Creative Commons may know about our CC licenses that form the backbone of open and accessible sharing, they may be less tuned into our larger portfolio of work, spanning Open Education, Open GLAM (Galleries, Libraries, Archives and Museums), advocacy and global network building.

In celebration of 20 years of CC, we are excited to shed light on these endeavors, sharing our major accomplishments, and highlighting, too, some noteworthy appearances of CC in popular culture.

Some of CC’s Big Wins

These examples offer a glimpse of the impact Creative Commons has had on the world in our first twenty years. You can help us celebrate, and help to ensure bigger and better sharing in the decades to come by supporting our 20th Anniversary campaign.