Creative Commons is delighted to announce the appointment of Prof. Brian Fitzgerald as a new Director of the corporation and member of the Board. 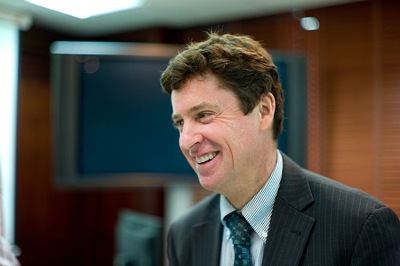 Many of you may be familiar with Brian, who has been the legal lead of CC Australia since 2004 and has made an outstanding contribution to the CC and broader open access communities. The adoption of CC licenses by the Australian government, in which he was critically involved, continues to be a leading example of CC implementation, particularly as data management becomes a more and more prominent issue in open access debates.

Brian is Professor of Intellectual Property and Innovation at Queensland University of Technology (QUT) in Brisbane, Australia. He holds postgraduate qualifications in law from Oxford University and Harvard University and is acknowledged as a leading scholar in the areas of Intellectual Property and Internet Law. From 1998-2002 he was Head of the School of Law and Justice at Southern Cross University in New South Wales, Australia and from January 2002 – January 2007 was appointed as Head of the School of Law at QUT in Brisbane, Australia. Brian is currently a specialist Research Professor at QUT and a Chief Investigator in the ARC Centre of Excellence for Creative Industries and Innovation.

Brian’s appointment is a product of the first Affiliate Recommendation Process for Board Candidates, which petitioned members of its Affiliate network to recommend new members of the Board of Directors. Having supervised law students from over 30 different countries in his role as director of the Intellectual Property and Technology Law Clinic at Queensland University of Technology and beyond, Brian brings to the Board not only his own formidable expertise but also that of a significant international network.

Brian was formally elected to the Board on Friday, September 16, and his appointment was announced publicly at the Creative Commons Global Summit.

We thank the Affiliates and especially the nominees for their willingness to undertake the recommendation process and to contribute even further to the future of Creative Commons.