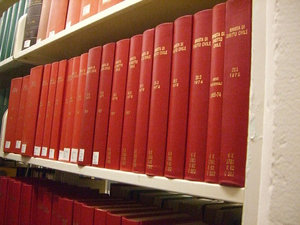 It’s a fitting start to CC’s second decade as a license steward that we are publishing for comment the third and final draft of version 4.0.

This draft has been long in the making, but we think it’s all the better for the extended discussion and drafting period, and therefore that much closer to finalization and realizing its full potential as an international license suite.

Much of our attention since publishing draft 2 has been focused on improving the license in ways tied to key objectives we had in mind when this process started a little more than a year ago.

Sui generis database rights – a weighty factor in our decision to version – are now handled more thoroughly and clearly. The changes introduced in draft 3 will be of particular benefit for data projects and communities forced to manage the complexities of licensing those rights in addition to copyright. The 4.0 suite will provide more certainty about application of the license and the obligations of re-users of data where those right apply. The revisions also reinforce CC’s policy of combatting the expansion of sui generis database rights beyond the borders of the few countries where they exist. Those rights and obligations remain safely confined.

Interoperability has been a second, important objective of this versioning process. Our BY and BY-NC licenses have never specified how adaptations may be licensed. This is a source of confusion at times for users, especially for those remixing materials under a variety of licenses whether within or external to the CC suite. In draft 3, we have introduced provisions specifying how contributions to adaptations built from BY and BY-NC licensed material must be licensed. The rule we introduce should be intuitive for most (and has always been true), and will be easily recognized by others because of its foundation in copyright. We are eager to hear feedback on whether it’s a workable rule in practice. If so, then these new provisions will clear the way for increased interoperability between those two licenses and other public licenses.

We have also introduced a number of features to better ensure that works can be reused as the licenses (and licensors) intend. We recognize that licensors are often required or encouraged to apply technological protection measures when distributing their works through large platforms, and that those TPMs can prevent the public from using the CC-licensed work as the license permits (reproduce, modify, share, etc.). The license is now clear that if users choose to circumvent those measures in order to exercise rights the CC licenses grant, the licensor may not object. In some situations others (such as the platform provider) may have the right to object, and in some circumstances and jurisdictions doing may still be a criminal offense. Our licenses do not help in those situations (and should not be relied upon to protect users in those cases). But at least between licensors and those reusers, circumvention is expressly authorized.

Several other changes have been introduced to improve the smooth functioning of the licenses, including a few worth highlighting here:

In this third discussion period, we will be returning our attention to ShareAlike compatibility, the centerpiece of our interoperability agenda. We will take a harder look at the mechanism necessary to permit one-way compatibility out from BY-SA to other similarly spirited licenses like GPLv3, and whether one-way compatibility is, in fact, desired. We will also develop compatibility criteria and processes, though that may not conclude until after the 4.0 suite is launched. We expect to explore the introduction of a compatibility mechanism in BY-NC-SA similar to that already present in BY-SA. Draft 3 incorporates the changes that would accomplish all of this, if the decision is made to pursue these actions following vetting with our community.

Internationalization will also be a highlight of this discussion period. We will be making a final push with our legal affiliates to fine tune the legal code so the licenses operate as intended and are enforceable around the world. As part of this, we expect a full discussion on the new interpretation clause that establishes a default rule for how the license should be interpreted.

Other topics we will be covering include attribution and some finessing of those requirements. And as publication time draws nearer, we will also be having discussions about the license deed and related matters. You can find a complete list of open topics, a list of changes in draft 3 and a side-by-side comparison of Draft 2 and Draft 3 (237 KB PDF) on our 4.0 wiki, as well as downloads and links to all six draft licenses.

We look forward to hearing from you in this final comment stage. Check out all six of the 4.0d3 licenses, and join the CC license development and versioning list, or contribute ideas directly to the 4.0 wiki.

Thanks again for a productive comment period. Thanks for the many valuable contributions to date!