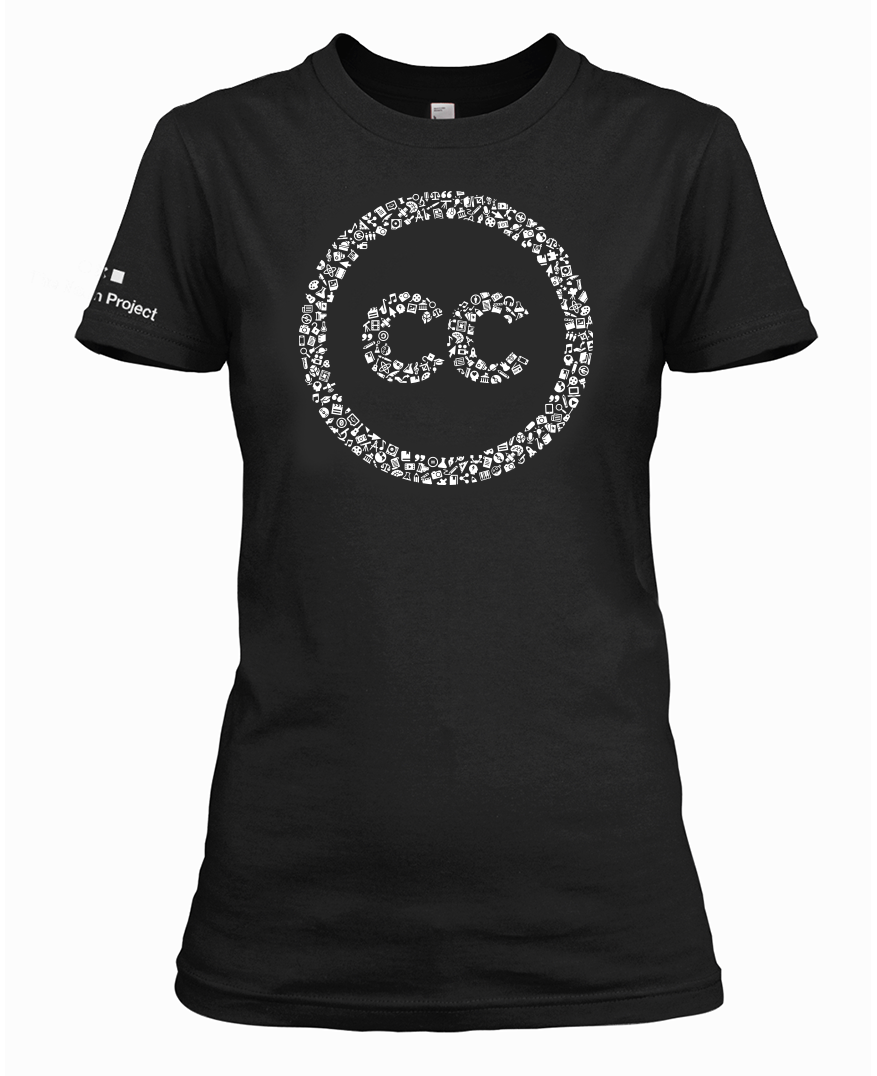 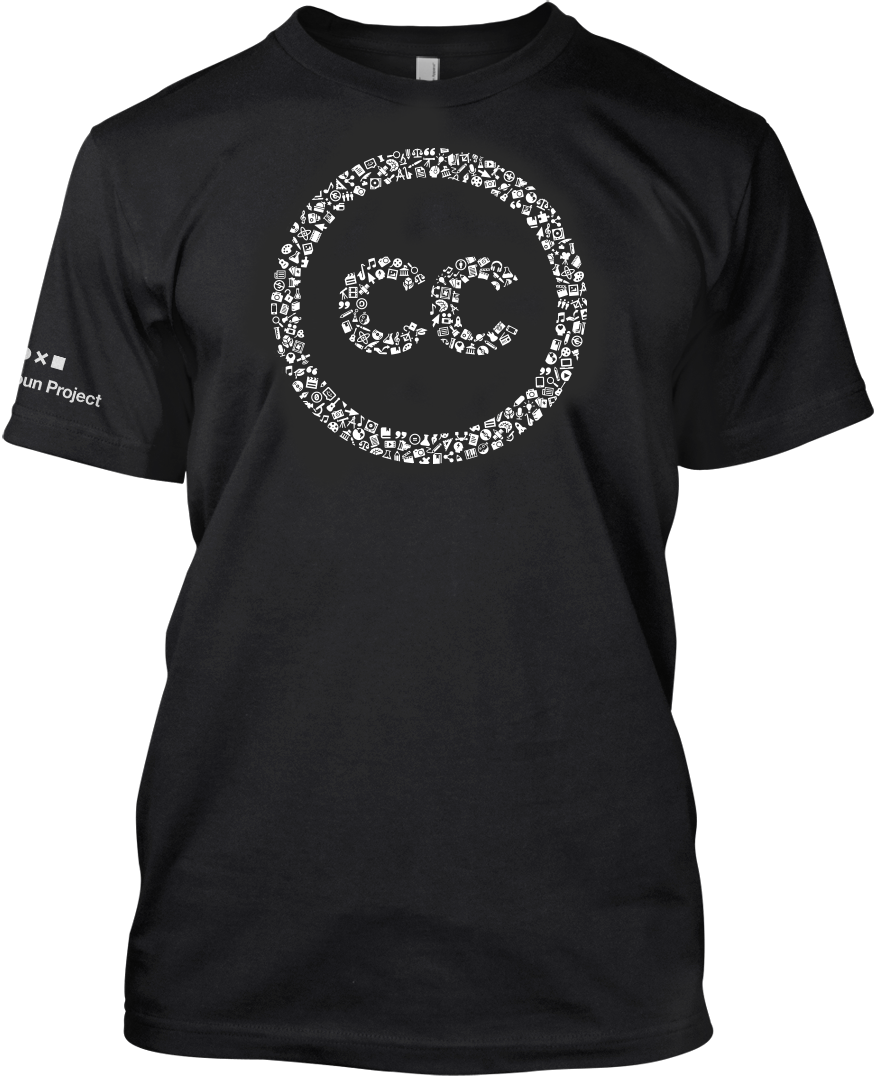 SAN FRANCISCO – MARCH 25, 2015 – Creative Commons has partnered with crowdsourced visual dictionary Noun Project and commerce platform Teespring to release a custom t-shirt celebrating the “CC” logo’s acquisition into the Museum of Modern Art’s permanent collection. The special edition t-shirt will be available for a limited time only. Proceeds will benefit Creative Commons to further their work in growing and protecting the commons.

Designed by the Noun Project, the commemorative t-shirt celebrates the lasting impact and international recognition of the Creative Commons “double-c in a circle” or “CC” logo. The logo, originally designed for Creative Commons in 2002 by designer Ryan Junell, is recognized as the global standard for creative sharing, remixing, and reuse. Creators, educators, and remixers use the logo to indicate their adoption of one or more variants of the Creative Commons license.

In March 2015 MoMA recognized the ubiquity and significance of the Creative Commons logo by including it in their permanent design collection. The logo can be viewed alongside other imminently recognizably marks such as the @ and recycling symbols as part of the MoMA exhibit “This Is for Everyone: Design Experiments for the Common Good,” organized by senior curator, Paola Antonelli.

“On behalf of the global Creative Commons community I want to thank Teespring and Noun Project for launching this collaboration to celebrate our beloved CC logo,” said Creative Commons CEO Ryan Merkley. “This commemorative design is a beautiful remix that represents what Creative Commons is all about: Noun Project’s freely reusable iconography depicting a range of sharing and remixing activities within the Commons. We know fans of Creative Commons will wear it with pride.”

Noun Project, a long-time supporter and proponent of Creative Commons, designed the limited edition t-shirt to celebrate this milestone using pictograms uploaded by their community. Each pictogram in the design represents an industry or type of media influenced by Creative Commons, which encompasses fields as broad as the arts, science, medicine, and law.

“When opening our platform to submissions from creatives around the world, we knew we wanted to offer a clear and easy license that would enable anyone to share their work. Creative Commons was the perfect solution for helping us build and share the world’s visual language,” said Sofya Polyakov, CEO and Co-Founder of the Noun Project.

To bring this special edition t-shirt to life, Creative Commons and Noun Project have partnered with Teespring, the leading commerce platform for custom apparel. Launched in 2012, Teespring empowers entrepreneurs, creatives, influencers, and nonprofits to create and sell high­-quality products people love, with no cost or risk.

“At Teespring we strive to remove the barriers to bringing great ideas to market, which is why we have a unique respect and admiration for Creative Commons and the impact they’ve made for creators all over the world,” said Teespring Co-Founder and CEO, Walker Williams. “It’s an honor for us to partner with Creative Commons and Noun Project and help the community show their support for this meaningful cause and movement.”

This special edition Creative Commons tee will be available until April 8, 2015 at www.teespring.com/creativecommons.

You can read more about the history and origin of the Creative Commons logo at http://creativecommons.org/weblog/entry/45228.

Image assets can also be downloaded via zip file.

About Creative Commons
Creative Commons is a globally-focused nonprofit organization dedicated to making it easier for people to share their creative works, and build upon the work of others, consistent with the rules of copyright. Creative Commons provides free licenses and other legal tools to give individuals and organizations a simple, standardized way to grant copyright permissions for creative work, ensure proper attribution, and allow others to copy, distribute, and make use of those works. There are nearly 1 billion licensed works, hosted on some of the most popular content platforms in the world, and over 9 million individual websites.

About Noun Project
Noun Project is a crowdsourced visual dictionary of over 100,000 pictograms anyone can download and use. Their goal is to help people communicate ideas visually by building the world’s best resource for visual language.

About Teespring
Teespring is a commerce platform that enables anyone to create and sell products that people love, with no cost or risk. Teespring powers all aspects of bringing merchandise to life from production and manufacturing to supply chain, logistics, and customer service. By unlocking commerce for everyone, Teespring is creating new opportunities for entrepreneurs, influencers, community organizers, and anyone who rallies communities around specific causes or passions.