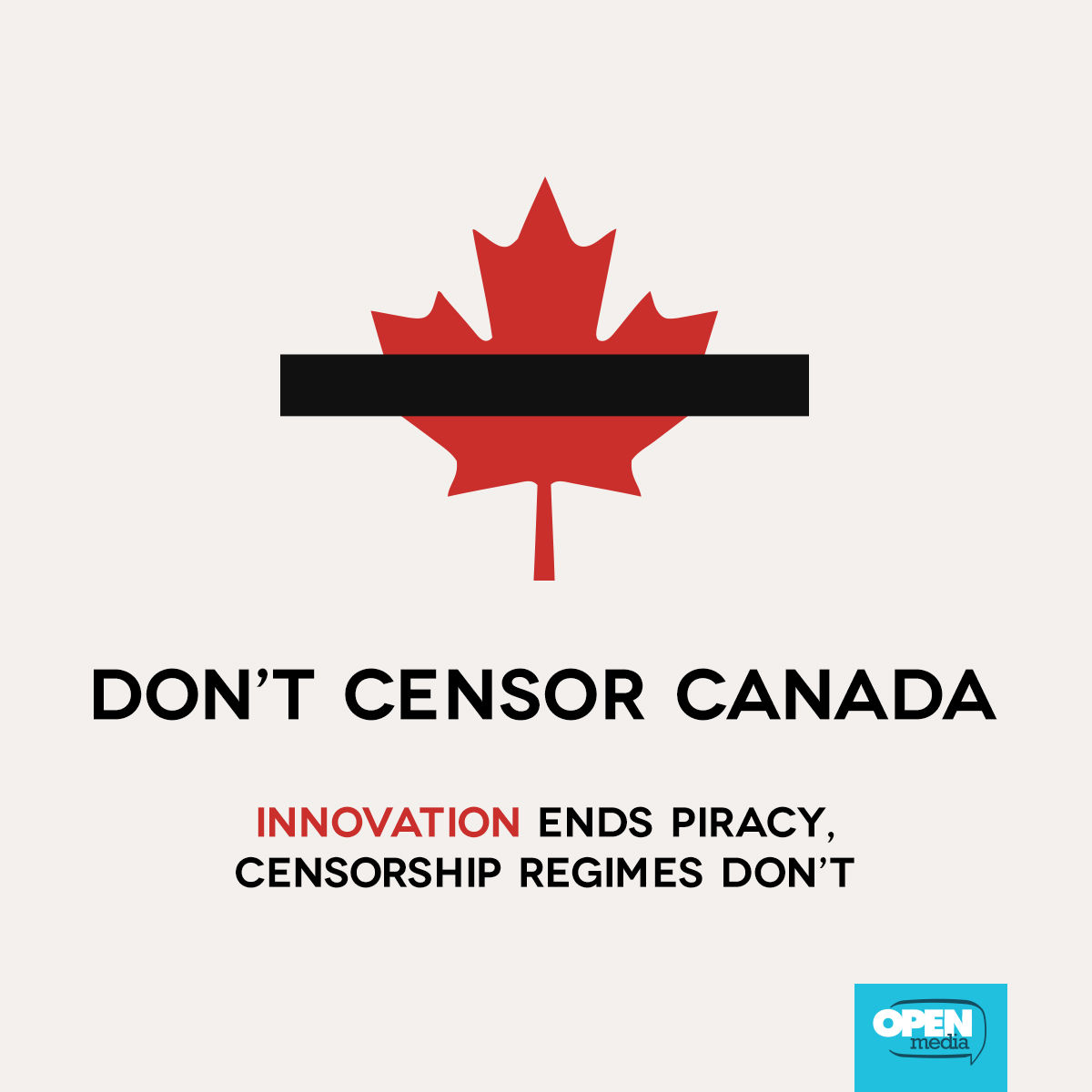 Earlier this month Bell and a group of Canadian telecommunications and media companies submitted a proposal that asks the Canadian government to identify websites engaged in content piracy and compel internet service providers to block access to those sites.

Specifically, the proposal asks the Canadian Radio-television and Telecommunications Commission (CRTC) to set up an “Internet Piracy Review Agency.” The agency would be responsible for identifying websites that are “blatantly, overwhelmingly or structurally” involved in piracy. After the sites are identified, internet service providers would be notified and required to block access to those sites.

Today, a coalition of over 25 organisations—led by digital rights NGO OpenMedia—launched a campaign asking Canadians to voice their opposition to Bell’s plan. Says OpenMedia: “This radical proposal will lead to legitimate content and speech being censored, violating our right to free expression and the principles of Net Neutrality, which the federal government has consistently pledged support for.”

Michael Geist, the Canadian law professor, has been writing extensively (11 blog posts and counting) about the potential harms of the proposal. He described Bell’s plan as having a similar negative effects as the SOPA/PIPA legislation floated in the U.S. a few years ago. Geist says, “the CRTC should not hesitate to firmly reject the website blocking plan as a disproportionate, unconstitutional proposal sorely lacking in due process that is inconsistent with the current communications law framework.” We agree.

Why is this the wrong approach?

What you can do

OpenMedia is aiming to submit 50,000 comments into the CRTC by the end of the day of action—February 28. Here’s what you can do: