Esteemed composer and musician Ryuichi Sakamoto has launched stop-rokkasho.org in response to the opening of a nuclear reprocessing plant in the Japanese village of Rokkasho. To lead off an international awareness campaign, Sakamoto wrote and recorded a track called “Rokkasho,” featuring rapper Shing02 and guitarist/producer Christian Fennesz, under the group name Team 6. The vocal and instrumental tracks have been made available under the Creative Commons NonCommercial Sampling Plus license, so that people can remix, sample, and remodel the track. 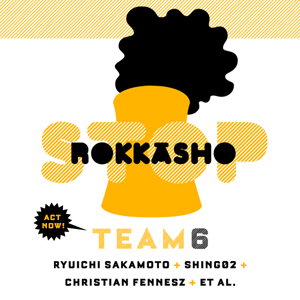