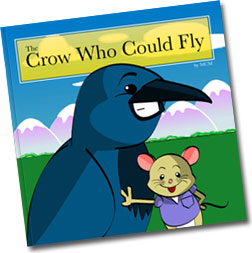 There’s now an effort to turn MCM’s The Pig and the Box into a movie.

“Push” as a vidcast
Every episode of Lavender is less than 7 minutes long. It’s a standard vidcast, delivered straight to your favourite player every Sunday night. At the end of the video, Lavender is faced with a dilemma with four possible outcomes… and the audience gets to decide what happens next. Visit the official website, vote for which path Lavender takes, and the next Sunday night, see if your vote came out on top – and how it messes with her life!

Business model
The episodes themselves are totally free… CC licensed and playable anywhere. The business is in the voting. To be able to vote, subscribers pay $3/month. There may also be a very quick “this episode is brought to you by…” bit at the start, depending on advertiser interest.

Target audience
The show is largely aimed at 18-49 year old females, and not the tech-savvy sort that usually do vidcasts. This is the show that fits into their lunchtime with their expensive salad or their grande nonfat Tazo soy latte. It’s a guilty pleasure that won’t eat up too much time, and something they have control over. This is a show for the Old Media demographic, designed and developed by the New Media folks.

There’s much more at MCM’s site.