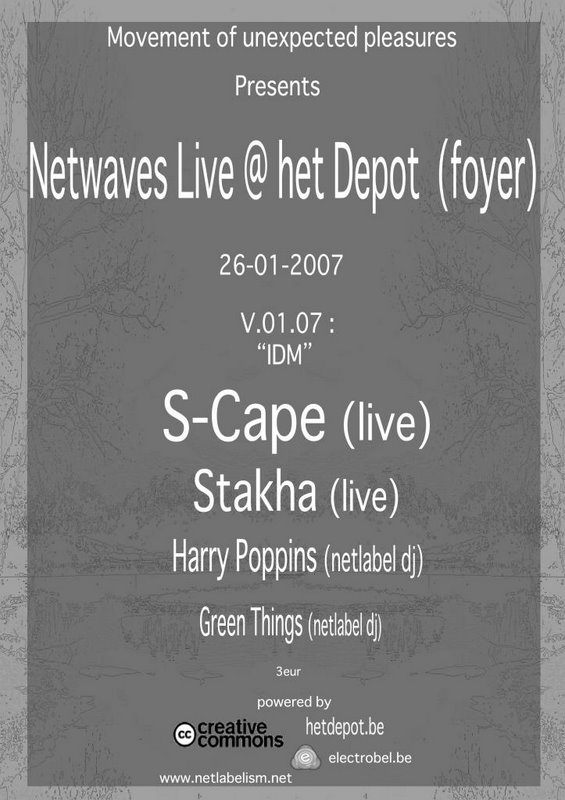 I learned of Netwaves bia Black Sweater White Cat, which has added a pick of the day to their weekly CC music program broadcast on WBCR-LP in Massachusetts, which now follows BSWC with a Netwaves rebroadcast.

For even more great CC licensed music from the Dutch-speaking world, check out Simuze.nl, which recently surpassed 1000 tracks and added a dedicated Simuze stream.