Continuing with our Featured Commoner revival, we are pleased to present an interview with Brandt Cannici, founder of Strayform, a “creation network” that uniquely helps artists fund their works by utilizing Creative Commons licensing. 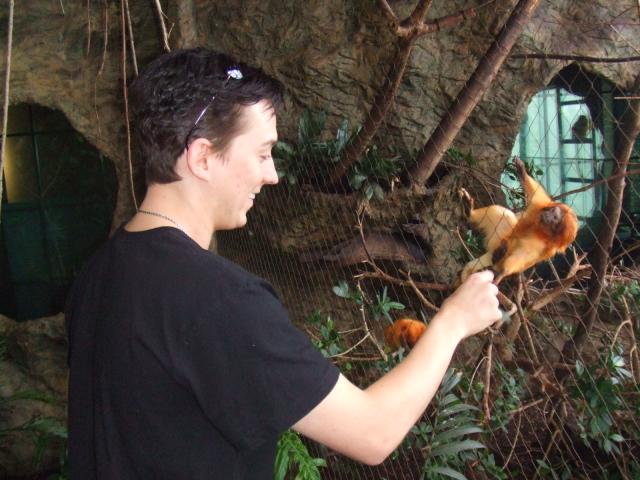 What’s Strayform all about? What’s its history? How did it come about? Who’s involved?

Strayform is a new model for digital content. With the internet, distribution of digital goods is practically free; the true value is in their creation. Strayform allows people to pay for creation and lets distribution happen naturally and without restriction. Furthermore when you cut out middlemen who act as distributors, something amazing happens. Creators and consumers can now interact naturally as partners. No longer are you a passive recipient of a CD or film. With Strayform, you helped fund it, you watched it grow, you worked with the creator, you had input and could affect the final product. I believe because of this interaction the future will be full of all sorts of creative media projects that are not even imagined today.

I am the founder and I got the idea while working in Japan. My sister and I used to argue about piracy. She claimed that it hurts the artists while I said every dollar you pay to the big distributors is used to force artists into unfair contracts. About that time my friend’s band signed a multi-million dollar deal with EMI. But EMI sat on the contract and my friend went bankrupt. So I came up with an idea that cuts out the distributor, lets artists get paid more, and lets consumer use and file-share freely. I moved back to Texas and made the product, afterward moving to San Francisco to launch. In comparison to our competitors we are a tiny, boot-strapped team – a couple of guys in a coffee shop eating ramen to stay afloat. However, the site is quite sophisticated in what it does.

CC Licenses are at the core of Strayform. All content produced and uploaded through Strayform is licensed under CC Attribution-Noncommercial-No Derivative Works 2.5. This provides freedom and ease-of-use to consumers, while creators gain an enthusiastic network of people eager to distribute their works. We supplement this with custom licensing for commercial use and remixing to give additional revenue opportunities for creators. This mix of sharing and payment for commercial use provides maximum value for creators and society as a whole.

3. Can you talk about any interesting instances of reuse that have arisen from your choice of CC licensing? What benefits have you seen from using CC licenses?

Without Creative Commons, Strayform could not exist. It is only thanks to the tireless efforts of the Creative Commons team and their supporters over the past several years that Strayform has been able to move forward. In return, by moving money away from traditional closed content and into CC licensed content, I hope Strayform provides the fuel that propels Creative Commons forward to be the de facto copyright license.

1. Further empower artistic creators with additional service offerings that put them at the center of the value chain.

2. Expand Strayform’s “fund-create-release” platform to scientific and academic research so that this valuable knowledge is spread more openly and efficiently and its creators are better rewarded financially.