The fashion industry has always been an interesting topic for those interested in copyright and creativity – appropriation, reusue, sampling, etc. are approached in a sometimes similar, yet often starkly different, manner than in other content industries. Styles thrive off of building on pre-existing trends, sometimes directly imitating an established look, and the market decides whether or not this reconceptualization is of worth. It is a debate that has unexpected depth and raises numerous interesting questions – TechDirt has a bevy of great articles that discus the issues more thoroughly.

Seemingly noting this debate, Berlin-based fashion label Pamoyo have decided to release the designs for their clothes under a CC BY-NC-SA license, allowing people to recreate Pamoyo’s styles at home as long as they don’t sell their creations. Similarly, someone can build upon one of Pamoyo’s existing designs – if they release the new design publicly they must do so under the same license, continuing the process of reuse and creativity.

Unrelated to CC but interesting nonetheless is Pamoyo’s decision to use either recycled clothing or organic cotton for the clothing, with a portion of all profits donated to German Environmental group Grass Routes. The designs haven’t been posted yet, but keep your eyes on this space as they should pop up soon (via SmartPlanet). 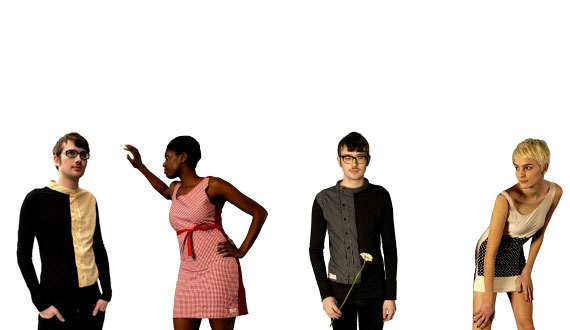