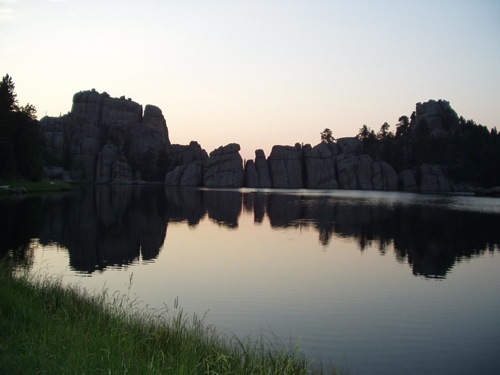 It certainly isn’t the most publicized use of CC licences we have seen, but Scott Carpenter’s “Slyvan Sunset” appearing on the cover of the 2008/2009 Rapid City/Gillete Phone Book has us ecstatic nonetheless. While big names help gain wider exposure for CC, it is important to remember that these are tools meant for everyone, of which Carpenter’s photo re-use is an excellent example. From MTF.org:

Last September I received an email from someone at Yellowbook, saying that they were interested in using my picture for the cover of the Rapid City phone book […] I said that they were already free and welcome to use it under the Creative Commons Attribution-ShareAlike license with which it was published, but that I’d be willing to relicense it as Attribution only, which I did, and also signed a form giving them permission to use it. I often wondered if I should have held out for money also, but seeing the small role of the picture, it’s just as well I didn’t. Something tells me they wouldn’t have paid much for that, if anything, and I’m simply pleased to get some exposure and have an artifact of free culture–the CC license–appear right there on the cover of an old media phone book.

Carpenter’s experience highlights many of the things we love to see – licences increasing content visibility, the ability for a creator to reach a separate agreement outside their original CC license, and proper and thorough attribution (even if we have to agree with Carpenter that a graphic designer might “balk at this kind of verbiage […] with the picture being such a minor part of the page”). Kudos to Carpenter and the countless others who use CC for everyday reasons and, every so often, experience surprising results.