Last year you probably saw a video demo of Photosynth at TED, and forwarded and/or were forwarded the video many times (the video is even licensed under CC BY-NC-ND, like all TED videos). Lots of people forwarded it to me anyway — I apparently do something with computers 🙂 and Photosynth is computer technology anyone can immediately connect with — it “synths” or stitches together collections of photos, creating a model one can navigate as if one were “there” — the demo video includes an incredible model of the Notre Dame cathedral in Paris, created from many normal photos.

Obviously this technology creates a whole new way to relate to photography, one that treats photos more as data that contributes to a model than as individual creative works. How should such ‘data’ and works rendered from the same be restricted? No doubt such questions will become increasingly relevant — Photosynth hints at futuristic new mediums and interfaces that massive and expected increases in storage, compute power, and sensor ubiquity will bring.

Photosynth opened to the public late last month, and it is great that Microsoft chose to encourage synthers to release their work under a CC license (see screenshot at end of this post). ReadWriteWeb and the Seattle Times were two of many publications to note the Creative Commons feature in Photosynth.

Below is a screenshot of my first attempted synth, composed of 98 photos taken from the windows of the CC office in San Francisco. Although one could do better with more experience or simply more photos, a screenshot really doesn’t do justice at all to this or any synth — click on the image to navigate around. Unfortunately this currently requires a plugin only available on Windows XP or Vista. 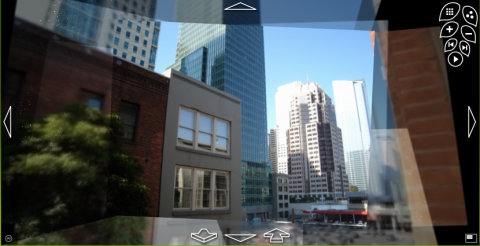 For anyone who wants to create a bigger or better synth, I’ve uploaded the original 98 photos to the Internet Archive and placed them in the public domain. 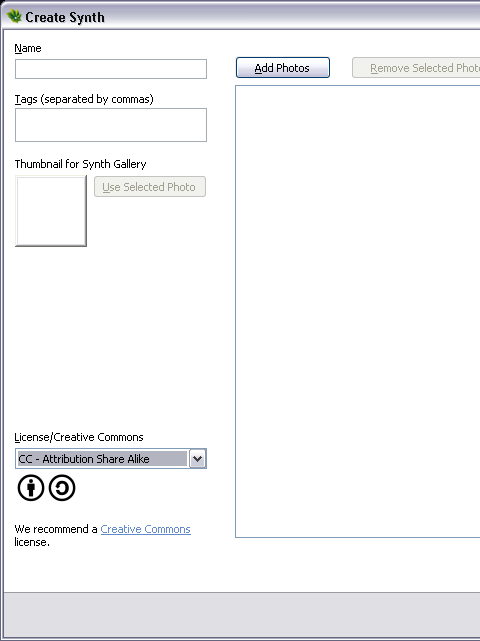 A completely different part of Microsoft has also just announced CC licensing — the Microsoft Operations Framework 4.0, an IT guidebook and worksheet, is now released under CC BY. The MOF blog has a nice rationale:

One of the first things people realize when looking at implementing a service management framework, whether it is ITIL, MOF, or another, is that they must not only be adopted but also adapted to your individual organization’s needs.  You have to decide which of the described processes are relevant to your requirements and to what depth to apply them.  this is true whether you are a consultant trying to make a living assisting others in their implementations, or a IT Manager trying to decide how improve upon your organization’s existing change control.

MOF 4.0 now fully supports this need for flexibility and the ability to remix, adapt, and shuffle the content with the adoption of the Creative Commons Attribution 3.0 Unported license. This license allows you to freely Share (copy, distribute, or transmit) any of the MOF content and Remix (adapt) that content to suit your needs.  For a full legal explanation of the terms of the license, please refer to the Creative Commons website.