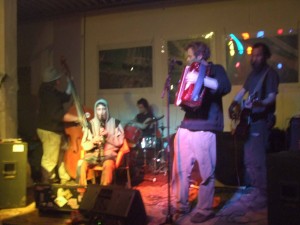 The CC BY-NC-ND license held its own in a Belgian court last week when a band called Lichôdmapwa won a lawsuit against a theater company in Brussels that commercially used a modified, unattributed version of one of their songs in an advertisement. One of the band members happened to hear the song on the radio one day; he wrote to the theater company and attempted to settle off the books, but that didn’t happen–instead, the two faced each other in court.

The court acknowledged that the terms of the CC license very clearly stated that the song 1. can’t be modified 2. can’t be used for commercial purposes and 3. must appear with attribution. It shot down the defense’s claim that it wasn’t aware of the terms–they’re very clearly outlined on the site the song was downloaded from. For each violated condition, the band was awarded 1500€.

It’s always great to see how a CC license can really protect creative work against wrongful use. If you read French, you can read the full text of the case here.

Image of band, lichoblamont.jpg, licensed under a CC BY NC SA by Lichodmapwa