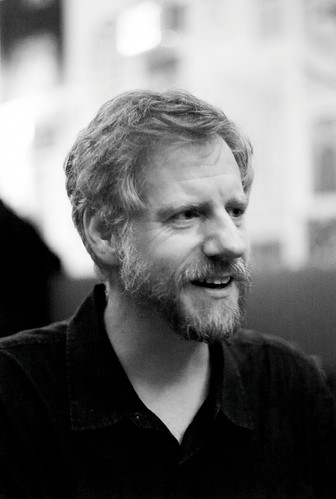 Mike Carroll was a practicing lawyer in Washington DC when the idea of openly licensed copyright landed on his desk as a pro bono project. “It was going to be a central repository of content, where we had the copyright and would openly license it to others,” he says. After a group brainstorm led by Larry Lessig at the Harvard Berkman Center in May 2001, the lawyers decided to scrap the central repository idea and create licenses that others could use freely. Shortly after that, Carroll was invited to join the board of the organization that would soon become known as Creative Commons.

CC quickly evolved from an idea that artists were skeptical about—why would any creative person be willing to give up control?—to something that proliferated across state borders and disciplines.

“The Internet is global, and we knew we would have to grapple with the complexities of international copyright and that we would add science to the mix,” he says. “But the pressure to do that came much faster than we expected. In short order, we had to organize a pretty sophisticated operation on a limited budget to engage with the international network of support for the Creative Commons idea.”

Still, Carroll says, there are challenges ahead. “We are offering tools as a solution to a problem that not everyone knows they have.” For one thing, awareness about what open content is, and why making it legally open matters, is still a bit hazy for some. The good news is that some web sites have seamlessly integrated CC into their functions, like the Flickr search engine. The challenge is to engage with the continuing evolution of the web to make sure adopting CC is easy and natural.

“We care deeply about not getting locked into things that can’t evolve as the web evolves. If it were easier to find reliable CC content, that makes using CC licenses more attractive. We’re trying to keep the web open in an interoperable space—but it’s not just the technology. It’s the values embedded in our technical choices.”

Those values—openness, flexibility, sharing—are a part of Carroll’s life both professionally and personally. Carroll is now the Director of the Program on Information Justice and Intellectual Property at American University. In conjunction with Creative Commons, he has worked for years with the library community to promote open access to the scholarly and scientific journal literature on web.  He also serves on the National Research Council’s Board on Research Data and Information to address issues such as data sharing among scientists, and he’s a Fellow at the Center for Democracy and Technology.

He’s also a hobby musician who sometimes gets together with other copyright lawyers to jam. “I’m one of those musicians [that loves] to play to the crowd,” he says, in the same spirit of an organization dedicated to helping other creators share.

Support the organization Carroll has been a part of from the very beginning by donating to Creative Commons today.

2 thoughts on “Meet our board members: Mike Carroll”