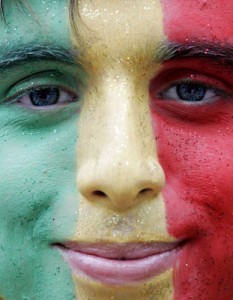 These are Portugal’s second localized CC licenses. Although CC’s international license suite is appropriate and intended for use around the globe, CC has historically permitted affiliates to port (linguistically translate and then adapt) the licenses to account for local nuances in the law. Porting has been a means of encouraging an understanding for how the licenses operate, team and community building and engagement, and adoption efforts.

With the 3.0 ports now completed for Portugal, creators like Pedro Marques, whose picture you can see to the left, have a choice of selecting either an international or a locally ported license depending on their objectives.

CC HQ worked closely with the local jurisdiction team to produce these new license ports. As always, thanks must go to the teams at FCEE-Católica and INTELI in Portugal for their efforts to implement the licenses in their country. In this case, particular thanks must also go to the Portguese legal lead, Teresa Nobre, who did the majority of the work for the 3.0 licences.

You can find the new licenses via CC’s license chooser tool, and find out more about the local teams on the Portugal affiliate page on our wiki.

For those of you interested in still more details, this ported license suite is one of the last that will be ported. As announced previously and posted on our website, CC is winding down our 3.0 porting process in anticipation of 4.0, expected to be completed late 2012 or early 2013. Only porting projects that were underway as of the beginning of 2011 are being allowed to move forward. This frees both CC and our amazing affiliate network to engage fully on drafting the most robust license suite yet.

Watch this space for announcements relating to the few residual ported license suites to be launched, as well as upcoming information about the 4.0 process and a recap of the launch at the recent CC Global Summit in Warsaw.

Congratulations once again to CC Portugal!