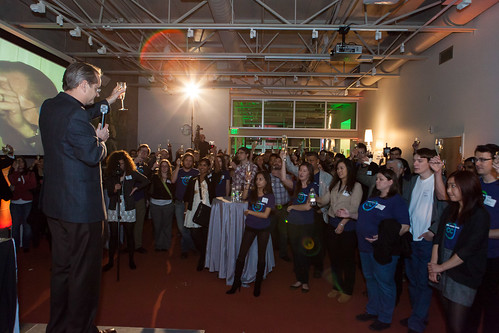 This month marks the end of Creative Commons’ annual fundraising campaign. Thank you so much to everyone who donated or helped spread the word about the campaign.

The past few months have really been a whirlwind for the CC community. We celebrated CC’s tenth anniversary around the world, even in Antarctica (!). We’ve seen major open legislation introduced in Congress, and a White House directive to get more serious about open access. The community built a new online school where anyone can learn about open. We’ve entered the final stretch in developing Version 4.0 of the CC licenses. We’ve mourned the loss of a friend, and are calling for the release of another. And we’ve done it all hand-in-hand with the global community of commoners.

From the bottom of our hearts, thank you for your support. Thank you for being a diverse, engaged community. Full steam ahead into the second decade.

PS: If you haven’t gotten your “Create Share Remix” T-shirt yet, there are still a few left.