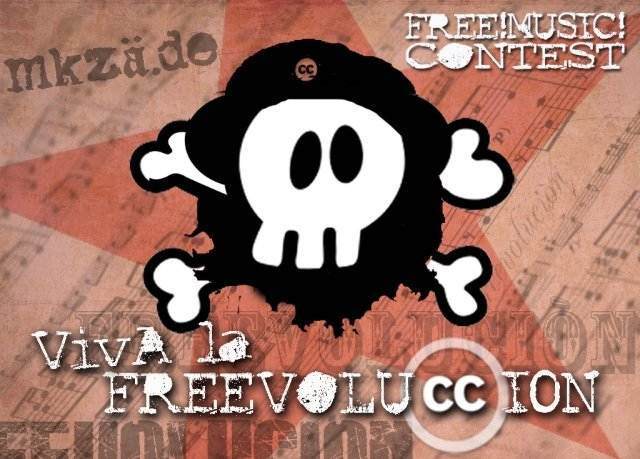 Once again, our friends at Musikpiraten e.V. are hosting the annual Free! Music! Contest to find the best Creative Commons–licensed music of the year. CC is proud to serve as a partner in this year’s F!M!C.

Patron of this year’s contest is Victor Love, lead singer of the Italian cyperpunk band Dope Stars Inc.. In 2011, DSI separated from their label and released their album Ultrawired as a free download via The Pirate Bay. They had been the first band that had ever been featured with a “Doodle” on the BitTorrent search engine’s landing page. Since that release they have been playing worldwide on various festivals.

As in the last years, a double-CD packed to the brim with the best songs of the contest is going to be produced. A jury chooses the best tracks and takes care that the best of every genre is featured – from Trash Metal to Hip Hop and Blues, whatever the artists submit. Moreover, vouchers worth 100€ will be raffled among all participants – even the willingness to make one’s music free shall be rewarded! Last but not least, there will be a gig near Heidelberg to win. Due to travelling costs, this one is very likely to go to a band from Germany.

Read the full contest rules in English or German. Entries are due July 31.