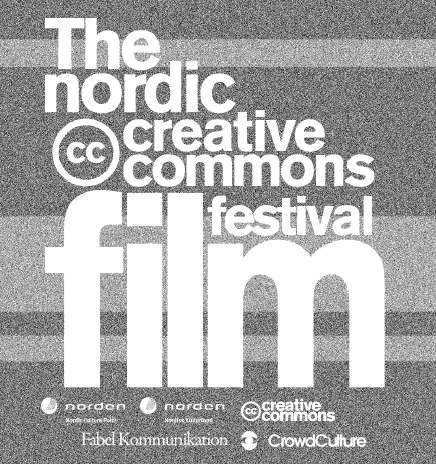 You’ve already heard us talk about the the Nordic Creative Commons Film Festival the latest in a growing movement of CC filmmakers and festival organizers changing how films are funded, produced, and distributed. Last week, festival organizer María Ibáñez emailed me to let me know that the list of CC-licensed films featured in the festival has been announced.

One thing that makes NCCFF interesting is that anyone can host a screening. Last week, the organizers also launched a cool signup platform where you can select which films you’d like to screen and add your screening to the official calendar. More information here.