CC China Mainland volunteers recently helped organize the Trans-disciplinary System Integration Design Challenge, a program of the eXtreme Learning Process (XLP) initiative at Tsinghua University. Volunteers designed IP rules for the course, educated participants about Creative Commons, and handed out the Spirit of CC Award during the closing ceremony of the course. 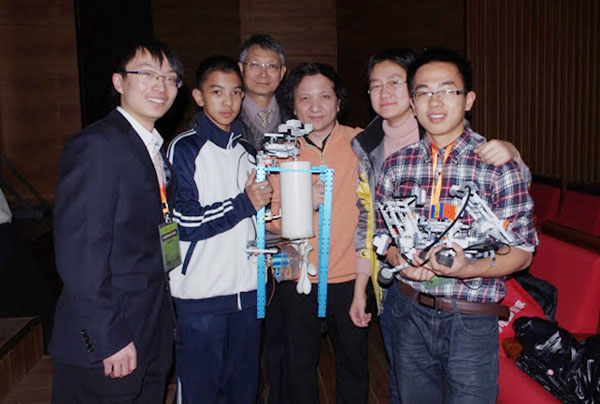 The Trans-disciplinary System Integration Design Challenge lasted for four days at the Fundamental Industry Training Center’s Electromechanical Innovation Lab. The course attracted 126 participants from Tsinghua University, Renmin University, Huazhong University of Science & Technology, and Beijing Jiaotong University, including undergraduates, Master’s candidates, and Ph.D. candidates. Participants were divided into “Challengers” and “Actors.” The 51 students and teachers who comprised the Challengers helped design the scenarios and problems, while 75 students made up the Actors, who were divided into eight groups to carry out the tasks and find solutions to the problems. 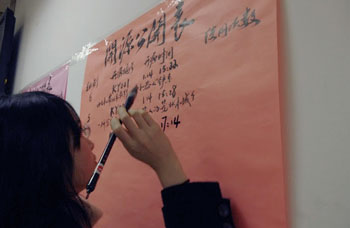 Here’s the challenge: “A plate shifting in South China Sea was caused by a sudden earthquake. As a consequence, a new unmanned island, A, appeared. Your task is to win the offer from the venture capitalist to exploit it into an offshore oil city by building a material delivery system and writing a business plan.”

The teams had 80 hours to complete the challenge. In the course, students are required to work on their own to learn certain technologies, such as the programming software NXT, the project management tool Projectlibre, and so on. Having managed that hardware and software, students were able to build an automatic material delivery system and make virtual functions perform in the sand plate. The course not only trained the problem-solving skill of the students, but also innovative thinking, teamwork, dynamic project control, and time management. This course was covered by Xinhua News Agency, China News Agency, People’s Daily, Beijing Evening News and many other news agencies.

In order to assure the technology development process to flow in orderliness and openness, CC volunteers designed the IP rules for this course, by integrating real-life IP law and regulations with the scenarios of the course. In the copyright rules, students were directed on how to claim their copyright in their slides, photos, and business plans, as well as to effectively share their works by using CC licenses. 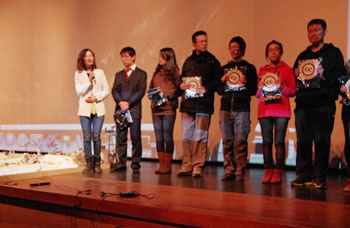 CC volunteers issue the Spirit of CC Award to the most open and creative team. (Han Jin / CC BY)

The patent and open source rules instructed the students on how to apply and exploit patents, and how to make their technical solutions open source technology and cooperate with other developers by using CC licenses. CC volunteers served as officials in XLP Patent Office and judges in XLP Court to make the course more real and competitive. With the help of CC volunteers, four contracts of technology cooperation were signed, the students learned the concept and benefit of sharing directly, and they accomplished their work with much more efficiency using CC licenses.

On the last afternoon of the course, all eight groups carried out their automatic material delivery systems on the sand plate and performed a virtual commercial bid. Students labeled their works with CC marks and published their business plans and videos using CC licenses, as they hoped their works can be delivered further and give inspiration to people who are also fascinated by extreme learning. During the following ceremony, CC volunteers handed out the Spirit of CC Award and CC souvenirs to the most open and creative team. Members of the team expressed their delight of receiving the award, and wished CC would make a bigger difference in open-source technology.

The Trans-disciplinary System Integration Design Challenge found a new path to attenuate the limits of teaching-learning roles, space and time. The novel way in which the course was taught aroused students’ interest and motivation. The role of CC is crucial and inspiring for learners to explore a far more efficient and cooperative world.