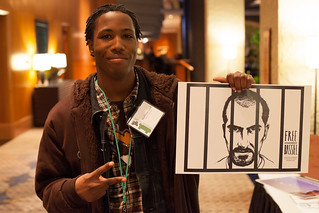 We’ve written several times on this blog about Bassel Khartabil, the Syrian Creative Commons community leader who’s been imprisoned since March 2012 without having had any charges brought against him.

Our friend Niki Korth recently created Letters for Bassel, a blog that collects letters to Bassel from friends or people who’ve been inspired by his story. She recently published this heartbreaking letter that Bassel wrote to his wife Noura on their first anniversary: 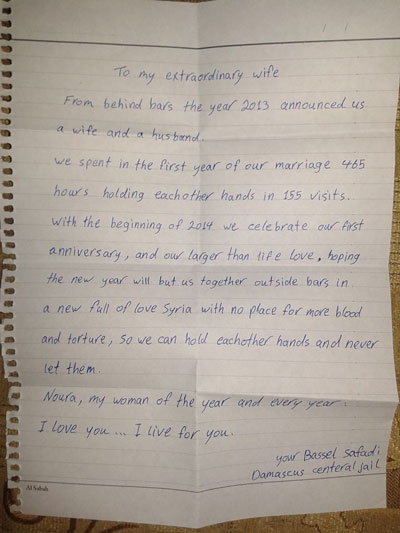 As Cathy wrote in her piece on Bassel for Huffington Post, “For Bassel and others around the world who fight for open, a free internet is not a theoretical matter. Real lives hang in the balance.” Creative Commons’ wish for 2014 is for Bassel to be freed and rejoin our community.