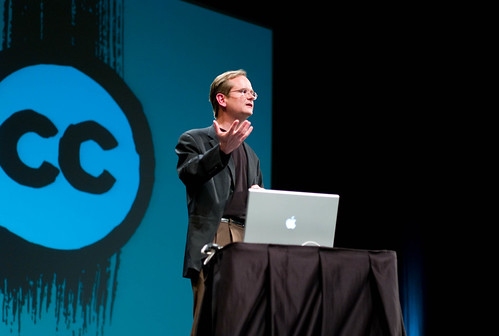 CC co-founder Lawrence Lessig will speak on January 8 at the Jewish Community Center of San Francisco. JCCSF has provided CC with a special discount code to share with our community.

Harvard Law Professor and legal activist Lawrence Lessig (Republic, Lost) believes he’s found a way to mitigate the corrosive effect of big money on elections. He discusses Mayday PAC, his own crowd-funded Super PAC, launched in order to elect a Congress committed to fundamentally reforming the way campaigns are financed.

If you use the code DEMOCRACY, you can pay $10 for standard or $15 for premium tickets.

2 thoughts on “Lessig to speak in San Francisco”