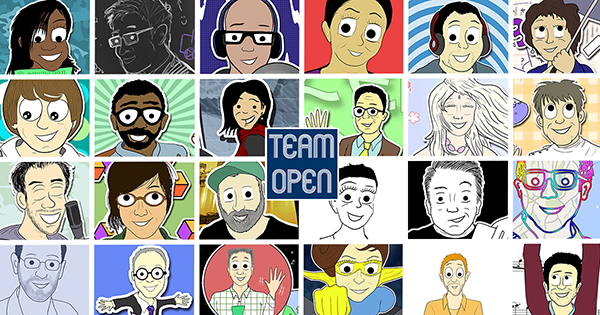 A few weeks ago, we published a report showing that there are nearly a billion Creative Commons–licensed works. That’s an impressive number, but it only hints at how powerful and widespread CC licenses have become.

Today, we’re proud to present Series Two of Team Open, our ongoing project to tell the stories of people who use Creative Commons. In Series Two, you’ll meet a musician who used Creative Commons licensing to score a sponsorship deal with Toyota, a filmmaker who convinced his funders to give his film away, a professor who saved students a million dollars, and one of the minds behind the best-selling game on Amazon.

When you use a CC-licensed photo in a presentation or share your latest song under CC, you’re a part of the story of CC’s impact in the world. We’re proud to share in this amazing journey with you.

If you’re proud to be on Team Open, please consider making a donation to help carry Creative Commons into 2015.

One thought on “Team Open: Stories of how we use Creative Commons”