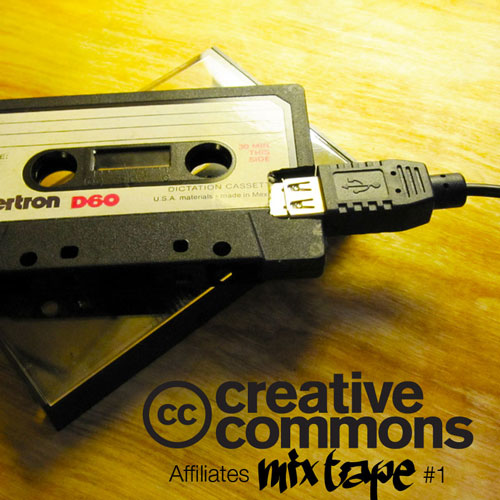 We didn’t need much. It was the release date of the State of the Commons report and on the CC affiliates mailing list, the discussion was centred on the annual fundraising campaign. CC Finland mentioned that we could celebrate CC’s 12th birthday with music and CC Denmark immediately proposed a new CC Birthday Mixtape. On the other side of the Atlantic, Elliot Harmon replied: “The mixtape was awesome. I think it would be a great project.”

I was on a train on my way to Porto to attend an OER policy project workshop. That activity and the follow-up to it were the things where I had to focus my attention on in the next few days. Composed exclusively by volunteers, most of the affiliate teams struggle with time management. We want to participate in as many activities as possible, but we have to be cautious. Before I could censor myself, I let the crew know that I “wouldn’t mind” organizing it again. Jewel by Zoe Leela was already playing in my media player, filling me with pride for our first adventure in the CC music world.

A couple of weeks more passed before someone asked if we were still going to do it. Of course we are! Time runs fast and if we were really going to do it, this had to be a quick community action. Limiting the mixtape to CC Europe was out of the question. This time we wanted to feel the European multiplicity, but we also wanted to get lost in Asian sounds, get African vibes, and go clubbing in the Americas. We sent an email around to the affiliates global network and in a little bit more than 1 week we had received over 60 nominations from 25 countries.

We are certain that had the deadline been longer, we would have received many more suggestions. But we couldn’t be happier with the astounding response of the affiliates and with the involvement of the regional coordinators in the action. And the final result couldn’t be better: the CC Affiliates Mixtape #1 not only showcases new music talent but also includes artists which are huge names in their own countries, such as Dead Combo (Portugal), the Mendes Brothers (Cape Verde), the Danish National Symphony Orchestra, or BNegão and the Seletores de Frequências (Brazil). Yep, it seems that the music world is turning CC!