Together with re:3d, an Austin-based 3D printing company, and the #NEWPALMYRA project, a community platform dedicated to the virtual remodeling and creative use of architecture from the ancient Syrian city of Palmyra, Creative Commons has produced a 200 pound, 7.5 feet tall 3D rendering of one of the Palmyra Tetrapylons. 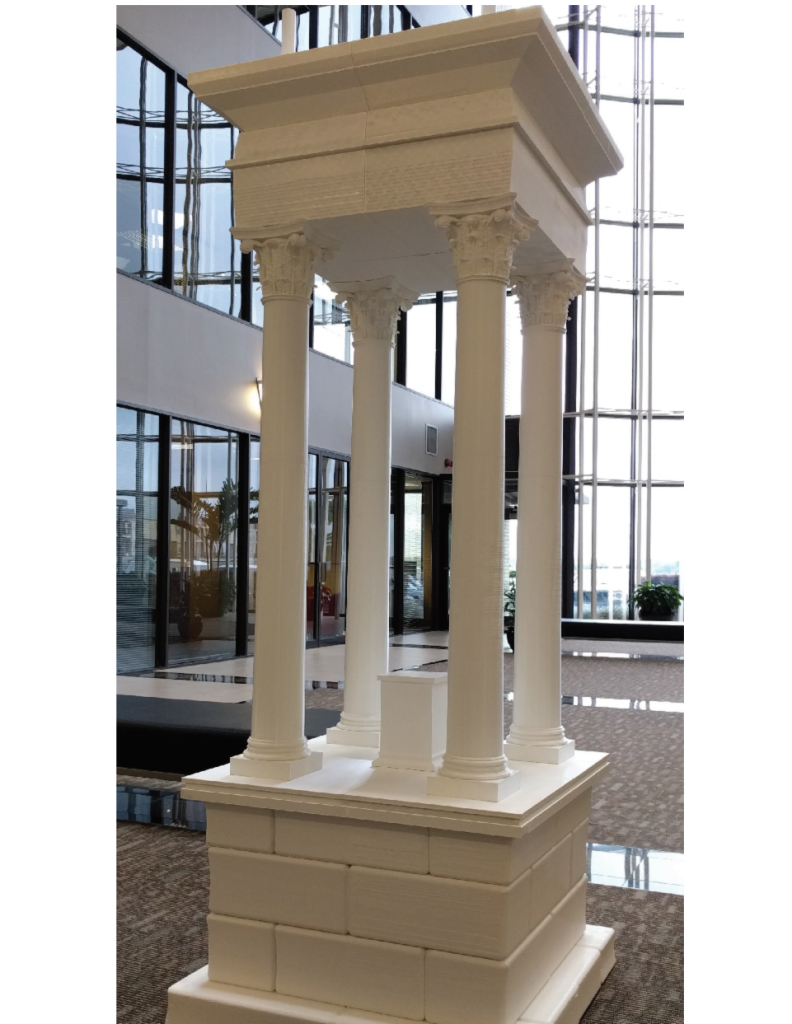 Together with re:3d, an Austin-based 3D printing company, and the #NEWPALMYRA project, a community platform dedicated to the virtual remodeling and creative use of architecture from the ancient Syrian city of Palmyra, Creative Commons has produced a 200 pound, 7.5 feet tall 3D rendering of one of the Palmyra Tetrapylons. This rendering will be on display at the Creative Commons Global Summit in Toronto, CA from April 28-30, bringing the commons to life through the work of its community.

This large-scale rendering is one of the four quad-column pylons, or gateways, that would have marked a central place in the city. Palmyra is a desert oasis, a UNESCO world heritage site, and is considered one of the most important global archaeological sites. Since 2015, large sections of Palmyra have been destroyed by ISIL and many of its precious artifacts lost or sold on the global market.

In January 2017, it was confirmed by satellite imagery published in the New York Times that Palmyra’s ongoing destruction by ISIS continues – including this section of the Tetrapylon. 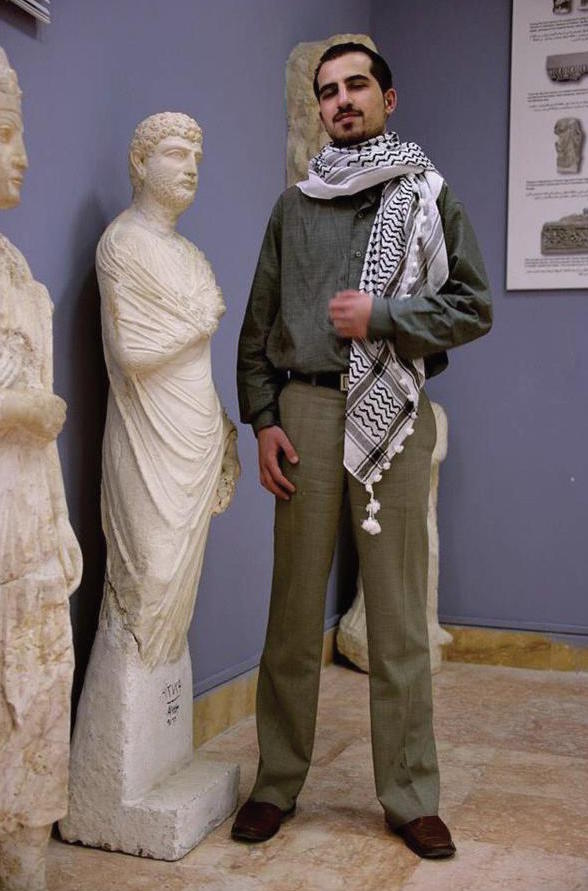 The #NEWPALMYRA project was begun in 2005 by CC Syria leader Bassel Khartabil, a Palestinian-Syrian open source software developer, educator, and free culture advocate. Working with the publisher Al-Aous and a team of artists in Damascus, Khartabil began remodeling the endangered ruins of Palmyra in 3D until 2012, when he was unlawfully imprisoned by the Syrian government. Much of this work was never published, though Bassel was committed to its free dissemination and use. In 2015, Khartabil was sentenced to death by the Assad regime. His whereabouts remain unknown.

A nonprofit founded by Bassel’s family, friends, and community, #NEWPALMYRA is freeing Syrian culture digitally, providing agency and advancement for the Syrian people through cultural heritage and digital preservation. Khartabil’s visionary work ignited a community that stands for transparency, openness, and free culture and continues to grow via the remix, reuse, and sharing of his foundational work. 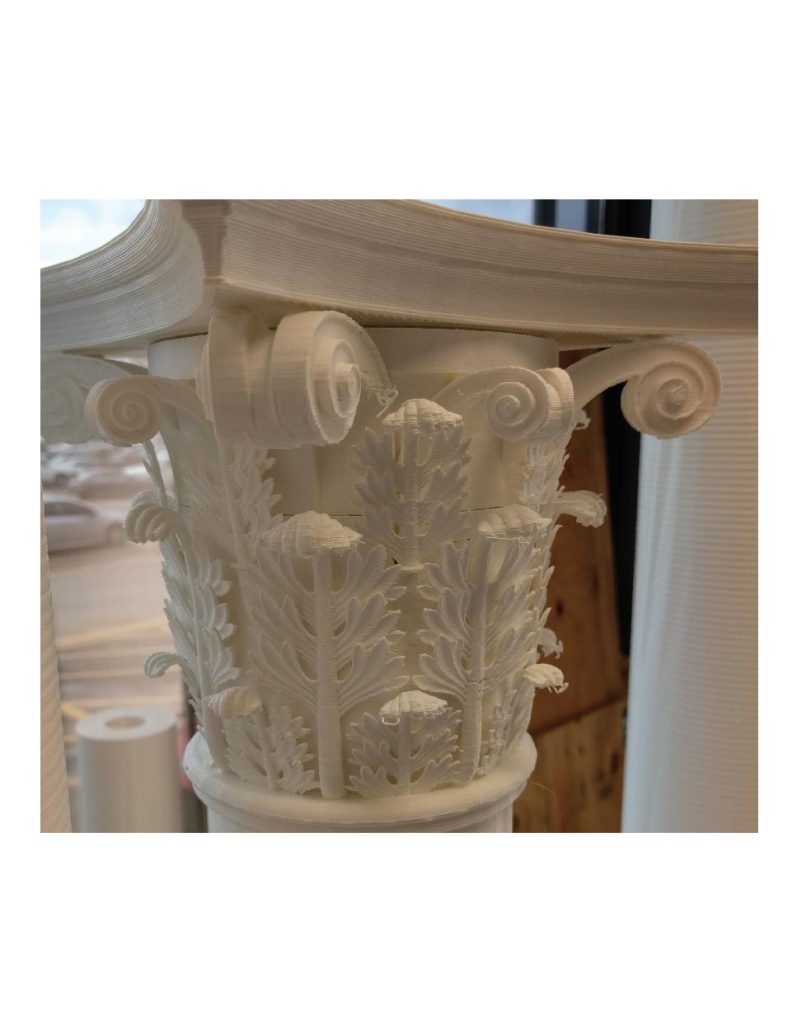 In the words of Ryan Merkley, Creative Commons CEO, “Creative Commons wanted to bring the commons to life for its 2017 Summit in Toronto. CC brought Austin-based re:3D together with the #NEWPALMYRA project team. The Gigabot, re:3D’s spectacular printer, renders massive models at commercial quality. Together, we produced a huge replica of one of the models of Palmyra: the Tetrapylon.” 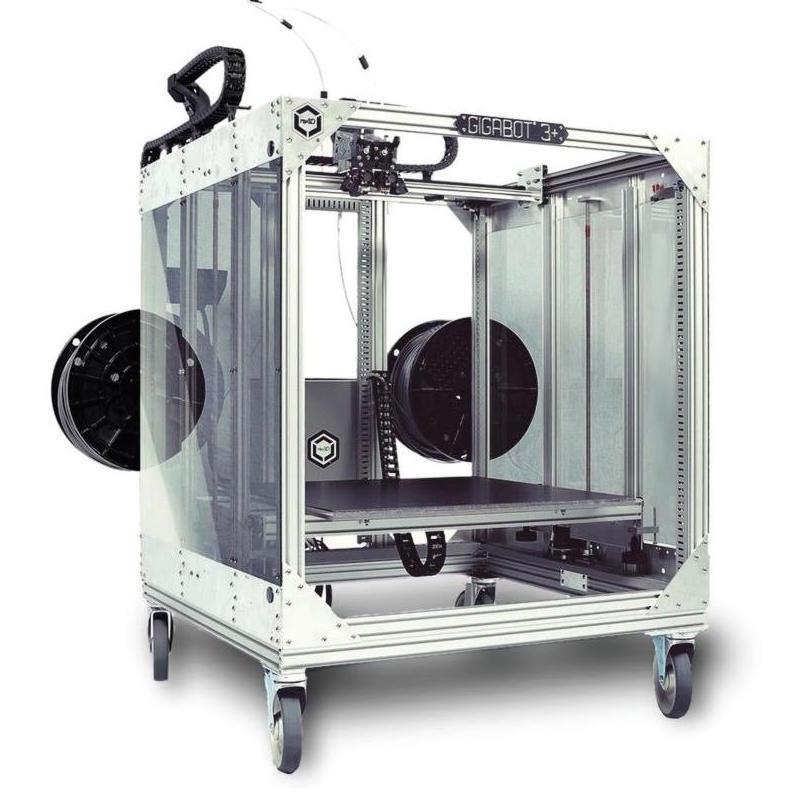 re:3D began with a digital 3D model of Palmyra provided by the #NEWPALMYRA team and transformed the digital into the physical using their Gigabot printer, which uses a rope-like filament resembling hot glue to precisely build the model layer by layer. Each layer is between .2-.6 mm thick, depending on layer of detail. The entire structure was assembled from 25 separate pieces with an internal wooden frame for support. It weighs 91kg and took about 800 hours to print.

As an in-kind sponsor of our Global Summit, re:3D Inc. participated in the project pro-bono, including the development, design, printing, and shipping of the final model to Toronto, Canada. re:3D is a full service socially focused additive manufacturing company based in Houston, Texas USA.