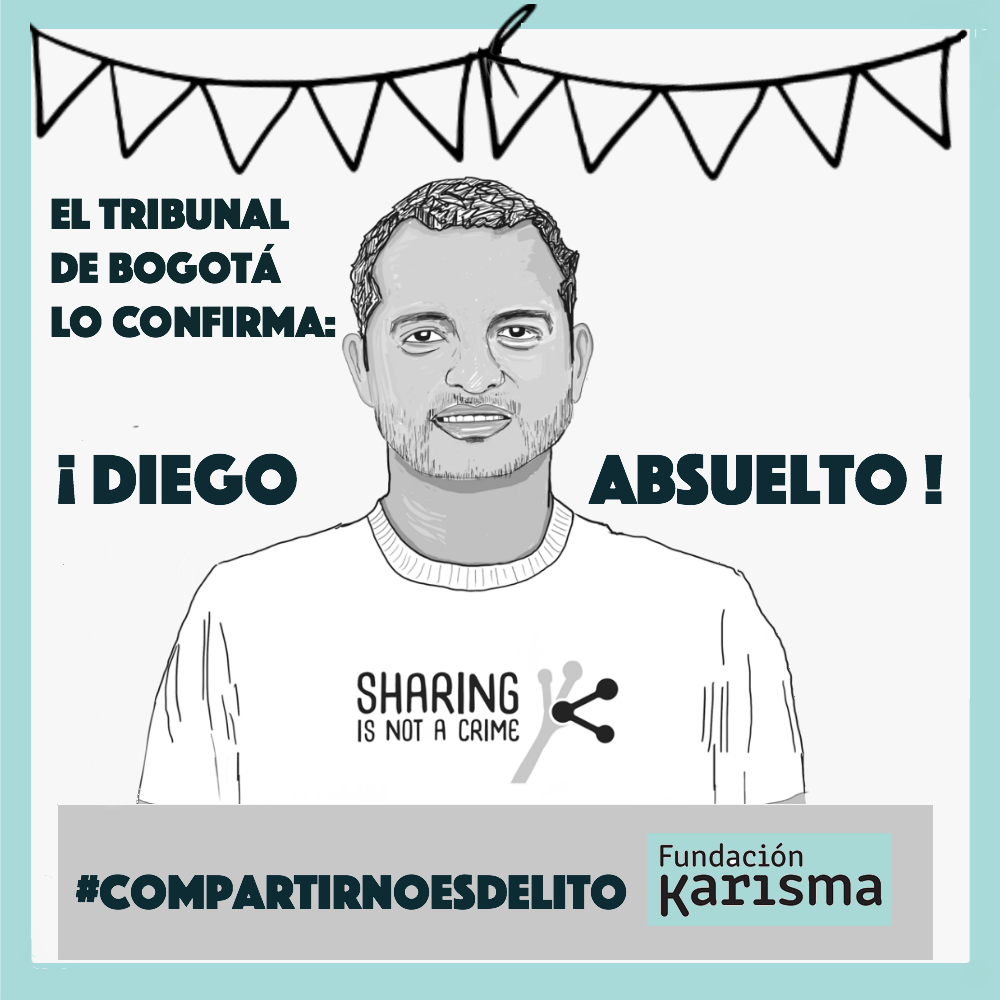 Gómez is a scientist from Colombia who has been criminally prosecuted for the last three years for sharing an academic paper online. When Diego was a student in conservation biology in Colombia, he had poor access to many of the resources and databases that would help him conduct his research. He found and shared an academic paper online so that others could read and learn from it. Gómez didn’t get permission to reshare the article, and subsequently was prosecuted for copyright infringement. He faced up to eight years in prison, along with a substantial monetary fine.

In May 2017 Gómez was acquitted of criminal charges. But within days of the ruling, the article author’s lawyer appealed the decision, meaning that even after several years of criminal proceedings, Diego’s case continued to the appellate court.

A global campaign—Compartir no es Delito (Sharing is not a Crime)—has been supporting Diego since 2014. The action was spearheaded by Colombian digital rights organisation Fundación Karisma.

Instead of prosecuting students for sharing knowledge, governments and communities should be encouraging the free exchange of scientific information by reinforcing positive norms around scholarship and collaboration, promoting open access to research, and eliminating out of control copyright remedies that serve no reasonable public interest purpose. Furthermore, we should encourage our governments to boost national legislation that promotes the release of public funded research results as open access.

You can read more about Diego’s case here, and learn about open access here.