The Declaration for the Future of the Internet envisions advancing the free flow of information and protecting human rights. Creative Commons is committed to better sharing for a brighter future. This includes an open, global, interoperable, reliable, and secure internet.

Today, at a hybrid ministerial meeting organized by the White House’s National Security Council, over 60 partners from around the world signed A Declaration for the Future of the Internet.

The Declaration was the result of the Summit for Democracy meetings that happened late last year. Organized by the U.S. government, it brought together leaders from government, civil society, and the private sector to outline and develop a new and better vision of the internet based on democratic principles.

The Declaration comes on the heels of the European Union passing the Digital Services Act (DSA) which will regulate digital services that act as intermediaries – online platforms like social media and marketplaces – and their role of connecting consumers with goods, services, and content. And just last week, President Barack Obama addressed Stanford University about disinformation and the challenges to democracy in the digital realm. The conversations surrounding the future of the internet are making great strides towards action-oriented outcomes based on public interest values.

The Declaration of the Future of the Internet wants to reclaim ‘the promise of the internet’, in the face of the global opportunities and challenges presented by the 21st century. It also reaffirms and recommits its partners to a single global internet – one that is truly open and fosters competition, privacy, and respect for human rights. The Declaration’s principles include commitments to:

The Internet’s ability to democratize speech and access to knowledge, and to create communities that connect the world has led to positive sharing of information across the world. However, as the internet has matured as a medium, we have learned how its universality can be misused to manipulate and mislead; how its power to moderate and create communities can be consolidated and centralized to a damaging extent; and how its global nature can turn  the network itself into a weapon for malicious states and international lawlessness.

There has long been outcry, and work towards a better internet through public interest advocacy.

Twenty years ago, CC started with a simple, radical idea: to save the Internet from “failed sharing”. For decades, we have been dedicated to building a globally-produced and globally-accessible public commons of knowledge, culture, and innovation. We have also been convening conversations with the civil society community to promote the open, public interest and democratic values. In 2021, we launched our Better Internet series of articles highlighting some of these conversations held at the CC Global Summit about access to knowledge and information and internet architecture and open standards.

CC applauds efforts to invigorate a public interest governance framework and an internet that promotes better sharing according to democratic values in the public interest. While the Declaration is a positive step in the right direction, it will take more than words to bring about real change. Policymakers from around the world need to uphold the spirit of the Declaration through measurable action that fosters better sharing for a brighter future. 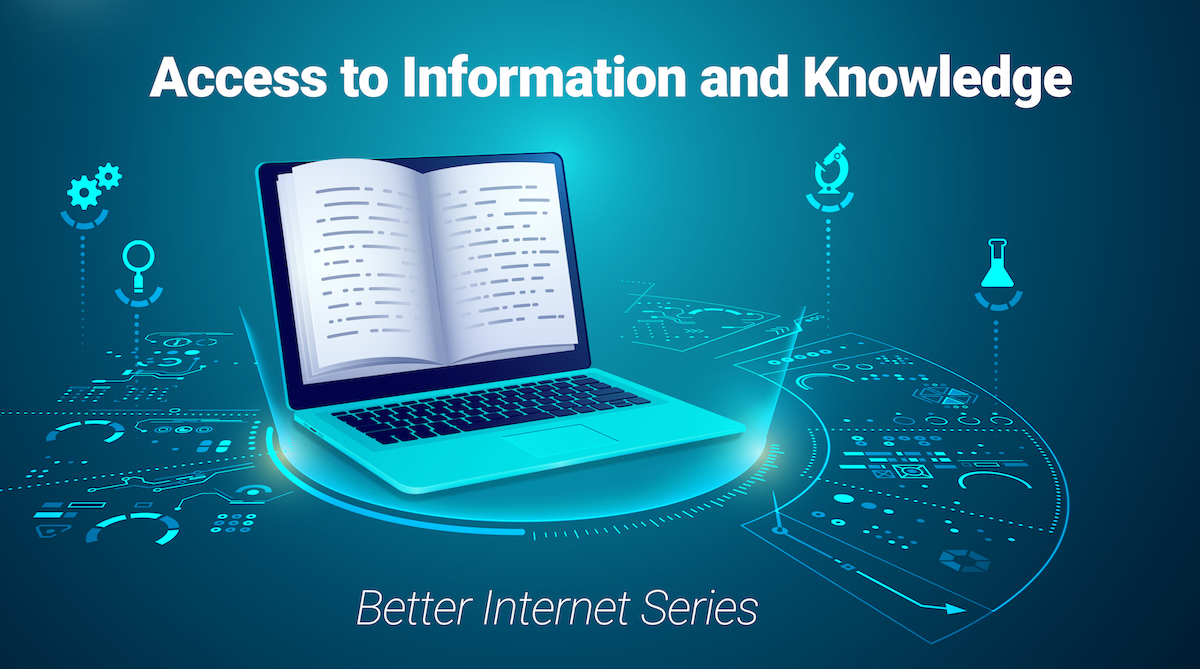