Mark Glaser of the PBS site Media Shift wrote a great article about the use and adoption of CC licenses with in the Flickr community. Glaser used a CC licensed Flickr photo by photographer Kris Krug for a blog post that he was writing about Mark Cuban. Krug gave Glasner a ‘virtual high-five’ for doing so and correctly attributing Krug. “I think Creative Commons is a huge thing and I attribute a lot of my success to it,” Krug said. “Since the beginning I’ve given all my photos away on the Internet and they’ve been used by other bloggers and people all along the way and it’s gotten my name out there. So without going to photography school, and just networking with other photographers, and giving my stuff away with attribution, I’ve got my name out there, I’ve got a lot of incoming links to my website…I didn’t realize that I could make money on photography by giving away as much as I could, that I could build up a portfolio and reputation so I could get paid work.” 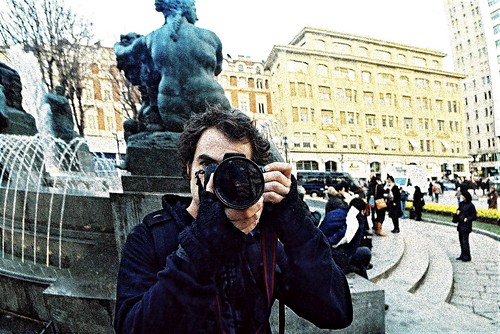