For a rundown of the overwhelming number of big announcements made at CC’s 5th birthday party in San Francisco, see Lawrence Lessig’s blog. The party itself was a huge success, with over 600 people attending. Watch this space for more detail on the announced projects as they develop.

In Berlin, headquarters of CC International, a small party became a smashing success with 300 people and some great announcements from CC Germany. See a writeup on the Netzpolitik blog.

There were other CC birthday parties around the globe, but from the photos the most impressive of all may have been put on by CC Korea, called CC Hope Day. 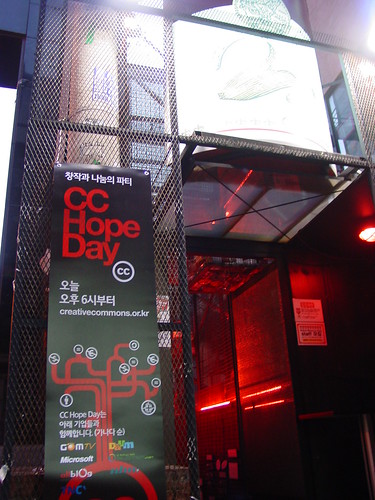 Photo by asadal under CC BY-SA.