—the new online social learning network—decided to go Creative Commons earlier this week. On Wednesday, they integrated CC licensing into their platform as an option for users to share their work, with the additional option of contributing work into the public domain. One of their inspirations was Flickr, the online photo management system that has integrated CC licensing and search.

LearnHub is the result of a collaboration between India’s largest online educator–Educomp–and Savvica Inc., an educational technology company that John and Malgosia Green founded back in 2004.

LearnHub is not designed for any one specific group, but for the networking capabilities among the diverse individuals and communities out there. Because they emphasize open educational resources, LearnHub’s goals are definitely in line with ccLearn’s. John tells me what appealed to him about CC:

“What I saw in CC was that there were several different levels, from public domain to copyright, which give people choice… I’m familiar with CC actually mostly through Flickr which I use very passionately. I think that [CC] works very, very well on that platform, but I don’t think they’ve gone nearly as far as they could with it. And we certainly have that opportunity in education.”

For an example of LearnHub’s current interface, check out the “Wanna Work Together” video at LearnHub’s Creative Commons community. It is licensed CC-BY. 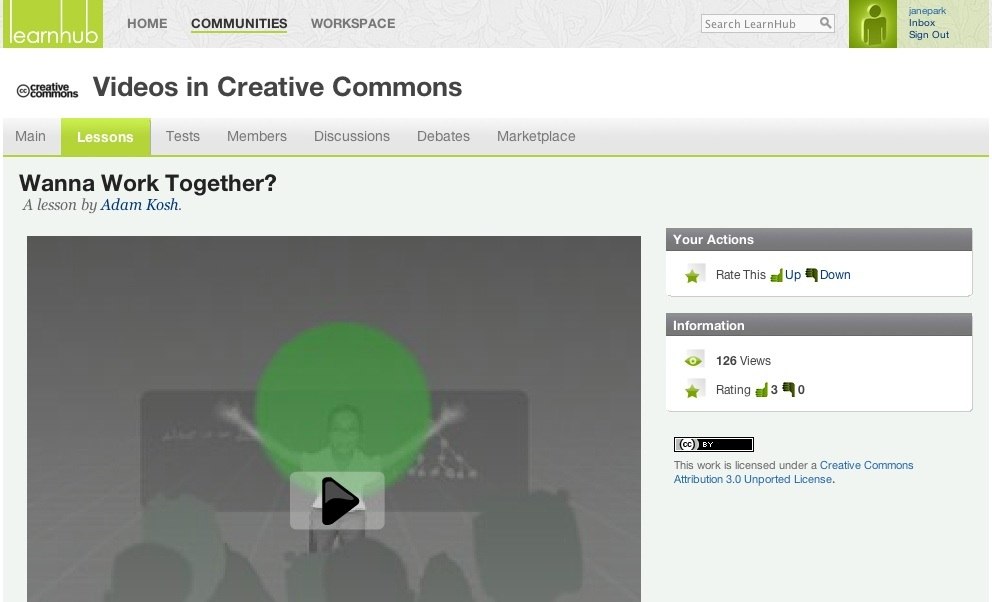 LearnHub looks very exciting, and we will be following their development closely and reporting further as their user community grows. John tells me that they plan for closer CC integration in the future. “We want to encourage people to share their content freely. We have a lot of specific ideas around search integration.”