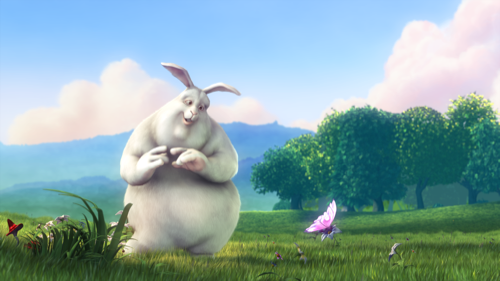 Big Buck Bunny, a short 3D animated film produced by the Amsterdam-based ‘Blender Institute‘ (who we have praised previously), was recentlly posted for download online. Debuted publicly back in March (our own Jon Phillips spoke before the premier), the film is being released online under the non-restrictive CC BY license as a means to widely demonstrate the open-source 3D animation software Blender.

To say BBB looks good would be an understatement – it is absolutely jaw-dropping! You can see it in beautiful HD over at vimeo or download it in a bevy of formats at the BBB website. Similarly, reuse stories are already popping up with one local TV station in Worcester, MA broadcasting the short in prime time. Be sure to check out the movie in some form and read more about the license use and motivation behind the film here.