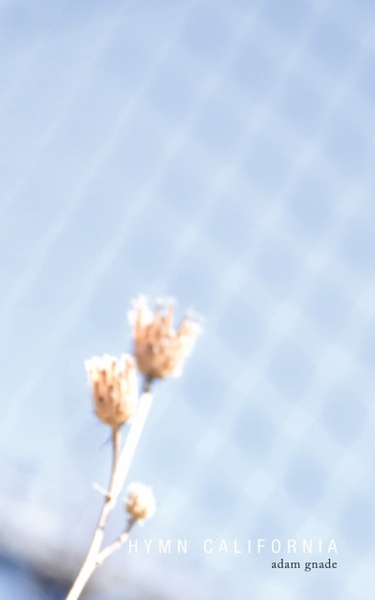 Adam Gnade, a musician based in Portland, OR, recently published his first book, Hymn California, through CC-friendly distribution group CASH Music (blogged earlier here and here). Released under a CC BY-NC-ND license, the book is being serialized online in PDF form, one chapter a month over the next year along with a piece of music by Gnade.

Hymn California’s characters witness a strange wide-sweeping, panoramic America unfolding before them, while its 200 pages examine having an abusive relationship with a place (California) rather than a person. It shows displaced characters scattered across the continent, burdened by fear and homesickness while fighting to live unencumbered by bourgeois ideology. Death stalks at every intersection and on every riverbank. Lives sway in the delirium of wartime. Says Gnade, ‘A friend of mine asked me if I was trying to write ‘American magic realism’ with the book and I didn’t really have an answer for him. If it is, it was an accident’.

You can get more info on ordering the book in primary physical form here – one recently found its way into the CC offices and we are comfortable attesting to its stunning nature. Outside of purchasing the book itself, CASH suggest you support Gnade by seeing him live or by leaving a small donation at his CASH music page. Similarly, you can read an excerpt from the novel at Drowned in Sound.