Curt Smith, solo-artist and co-founder of Tears for Fears, presented at the most recent CC Salon LA on why he chose to release his new album, “Halfway, pleased“, under a CC license. He spoke so eloquently we wanted to commit his words to text – as such, we bring you the latest in our Featured Commoner series. 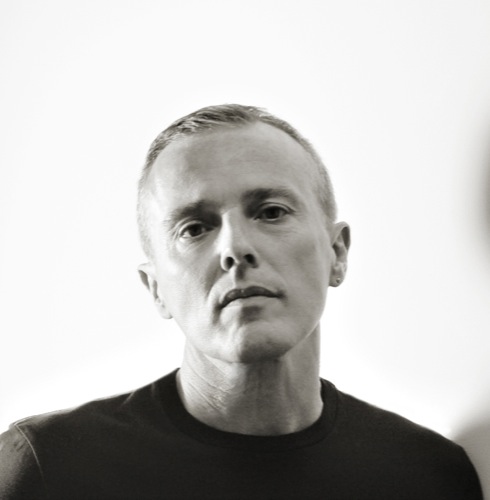 Can you give us a bit of background on your musical/artistic trajectory? Many of our readers may be familiar with Tears for Fears, the band you gained notoriety in, but may be less familiar with your equally impressive solo career. Please speak to both.

Roland and I have been in bands together since we were 13 years old. We signed our first record deal at 18 with a band called Graduate, which lasted all of a year until we decided we didn’t like being in a band and left to form Tears For Fears. I left the band in 1990 as I wasn’t enjoying it any more and moved to New York.

After a few years on the periphery of the industry, in radio and TV, I met Charlton Pettus through a mutual friend. He convinced me to start writing and performing again and a band called Mayfield was born. The idea was to get back to the basics and rediscover the pure enjoyment and musicianship that attracted me to this career in the first place. We primarily played in New York and released an album cunningly entitled “Mayfield”.

In 1998 my wife’s work brought us to Los Angeles, Charlton would follow about a year later. Around the time of the birth of my first daughter in 1999 I started writing the songs for what would later become “Halfway, pleased”.

In 2000 I was approached by Roland to do another Tears For Fears album together. After a few meetings I agreed which culminated in the 2004 release “Everybody Loves A Happy Ending”. During this period “Halfway, pleased” was put on the shelf.

It was 2006 by the time all the promoting and touring was finished on the TFF project, at that point Charlton and I went back to finishing “Halfway, pleased”. As the title suggests, it’s an autobiographical work about where I find myself in life at this moment – halfway through and pleased.

Your most recent album, “Halfway, Pleased” was released on your own without the help of a record label. How have you found the process of moving away from traditional music industry principles, being someone who has released numerous albums through a major label.

At this point in my career, and with the freedom that the internet allows, I saw no point in involving a large corporation in the process. I value my artistic freedom too much and don’t see the logic in giving away any ownership of my music to a major corporation whose influence on the music scene is slowly becoming irrelevant.

Why did you choose to release “Halfway, Pleased” under a CC license? Was the the motivation artistic, economical, ethical, or some mixture therein?

I’d have to pick logical. It allows me to set the legal parameters of how my music can be used up front without the ridiculous expense of hiring a lawyer. Finally someone has come along and introduced a copyright system that everyone can understand. I don’t need a lawyer to write it and the public doesn’t need lawyers to decipher it.

Do you have anything in the works that you’d like our readers to know about? What is up next for you?

At the moment I’m spending my time promoting “Halfway, pleased”. I’m also making inroads into the film and TV music world as it’s something I would really like to be involved with. In November/December this year I will be touring in Germany with TFF backed by a 75 piece orchestra and The Harlem Boys Choir. Basically my tenet is that I’ll keep doing it as long as I’m enjoying it. Right now it’s fun.