CASH Music, an acronym for ‘Coalition of Artists and Stakeholders’, has been an impressive member of the CC community since they debuted late last year. Part music label, part creative community, CASH Music has major plans to change the landscape of contemporary artistic output with a particular focus on the dialogue between content creators and consumers. They already have some amazing projects out under their moniker and with more on the way, we decided to catch up with CASH Music partner Jesse Von Doom to learn more about CASH’s goals, their business model, and what they have in store for the future.

Can you give our readers some background on CASH Music? How did it begin? Who is involved? On a broad level, what are you trying to accomplish?

CASH is an acronym for Coalition of Artists and Stake Holders. The name was chosen to reflect the goals and the people involved. The idea was born in a simple conversation between Kristin Hersh and Donita Sparks about achieving sustainability in the currently volatile music world. Their managers, Billy O’Connell and Robert Fagan respectively, continued the conversation and became the first two partners in what would be CASH. At the time I was running a graphic and web design firm with my business partner, Jack McKenna. A few business connections and friends-in-common later, Jack and I started working for CASH and quickly became partners ourselves.

Since then we’ve won the support of seasoned advisors, organizations like Creative Commons, and some talented artists. But it still goes back to that first conversation between Kristin and Donita. We’re trying to help find healthy sustainability for artists while giving listeners more of a stake in the music for a new and better experience.

CASH is unsurprisingly identified with music. With that said, you have been working on a variety of projects that don’t have musical components. Why is that?

Really, we’re trying to show that remixing and sharing aren’t the only ways to get involved with music. It’s been so rewarding seeing the remixes generated at CASH, ccMixter, and in the wild; but I’ve also been thrilled to see people downloading and spending time with Adam Gnade’s Hymn California novel or flooding Jamie from Xiu Xiu with requests for haiku. People are forming real bonds with the music, the artists, and the communities they’re building around the releases. Music has always been a highly participatory art form — and we’re trying to harness that in new ways.

At CASH artists have been releasing full mix stems for remixing, tracks with community-added vocals, sheet music, writing that’s tied to the music — things that get an audience directly involved with the art. There are also elements of enhancing a release to the public. There are videos, interviews, photos, ebooks, and lyric sheets. Donita Sparks even opened up percentages of licensing for a track off her last album. Listeners could buy shares in a song, letting them participate in the profits from any TV or film licensing.

The idea is that artists are exploring new ways to bring their music to an audience, with the ultimate goal being to strengthen both sides of that exchange.

Can you discuss CASH’s business model? There seems to be a combination between giving away things for free, selling collector goods, and asking for donations. How did you come up with this combination? How well has it worked so far?

That’s a fair summary of what’s up there now, but it’s more of an interim solution than a true business model. We’re committed to the idea of sustainability, both for the artists involved and for ourselves. That means finding the best model for each artist and helping them to move forward in that direction. When you see an artist offering a subscription, it’s because that’s what fits with their career, rather than it being something we’ve shoehorned them into. So our long-term model is based on the idea that if an artist succeeds at his or her goals, then we succeed.

But to answer more directly, I’d say I’m very pleased so far. We’ve had over 4.5 million downloads, over 100,000 visitors, and hundreds of subscribers from all over the world. Virtually everything you see on the CASH Music site right now wouldn’t be possible without the support we’ve received from artists and their listeners. Our first project went live eight months ago, and we’ve been able to work on CASH for the better part of a year as a self-funded endeavor. While not all our projects involve commerce, the ones that do have made significant impact for the artists involved.

We’ve been especially happy to see people donating to artists. From the very beginning we were determined to provide direct access to music without placing artificial gateways in front of it. There are obvious questions about whether people would balk at giving money to an artist for content they could download for free, but we’ve seen numerous examples of people trying music and donating what they feel is a fair price. This is a pretty big deal to me. An artist spends time writing the music and money is spent on studio time, all to put out the best possible music. I like to think that people are genuinely considering all that, recognizing the effort, and helping it to continue.

In every CASH project there is some level of CC licensing, be it large or small. Why did you decide to use CC licenses with CASH Music projects?

The real question is how could we have done it without Creative Commons. CC Licensing simplifies the process of community interaction, it pre-clears music for podcasting and sharing, and it lets the artist define what use of their work they see as fair while retaining their copyright and whatever level of commercial rights they choose to keep. I feel that the entire music industry, independents and majors, should be using Creative Commons licenses for shared music.

Have you seen any interesting cases of reuse as a result of using CC licenses?

Absolutely! There are two that jump to mind right away:

Kristin Hersh doing vocals for a Xiu Xiu track. This went basically unnoticed and I sort of love that. It was a gem hidden in plain sight, and something I could never see happening otherwise.

Lucas Gonze taking Deerhoof sheet music and cranking out midi and all sorts of helpful files. This is a great example. Deerhoof have released their first single off an upcoming album as sheet music, with the plea that artists record their own versions and submit them back to CASH. We’ve gotten some great examples of exactly that, but Lucas took the sheet music and created files that open up potential involvement to a much larger community. It was unexpected, impossible without CC licensing, and its proving an invaluable asset to the project.

In just skimming over the projects listed on CASH Music’s front page it is immediately obvious that CASH focuses on unique and engaging projects. Can you give us a hint of what may be coming in the future?

You can certainly count on more projects and more artist involvement. We’ll continue on in this invitation-only, highly custom way for a while; but there will be a greater role for the public with each new project. Ultimately we’re working towards a fully open-sourced, hosted platform that is available to all, and more details on that are forthcoming. We’re doing our best to be as open as possible, so fairly regular updates can be expected. In the coming months you’ll see new names, new ideas, and plenty of new music. 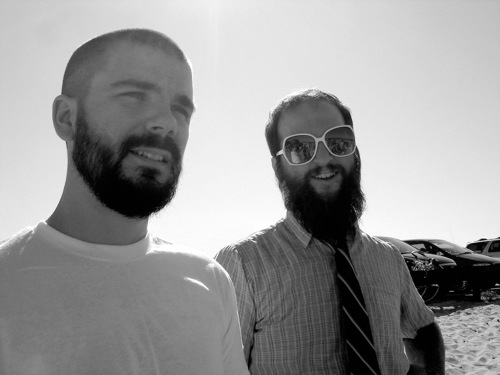 photo by Taryn James | CC BY