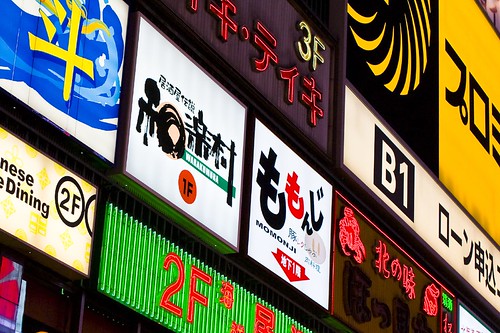 Photo by-sa Freddy B. Used with permission from Photographer.

I’m in Sapporo for the CC Legal Day, Commons Research Mini-conference which the Metrics Project is but part, and to further promote the CC Case Studies project. As Greg outlined so clearly last week and I presented at the launch of CC Singapore a few days ago, this project is doing quite well with 112 submissions from around the world assisted by a great system for supporting this community project, and even better brilliant people adding case studies daily!

Also, you kind readers might have noticed that we have launched and/or refreshed several projects over the last few weeks to prepare for a coming change. As of August, my role with Creative Commons will change from managing community and business development to being liaison in ongoing similar affairs. This also means that I will be spending most of my time on projects outside of Creative Commons — most still involve using Creative Commons licensing and technology.

I’m not leaving the culture of free and open, nor Creative Commons, both of which I have been involved with for some time. Rather, I will be, as of August 2nd, devoting most of my energy to projects I’ve been delaying or couldn’t do as effectively since I have been living and breathing Creative Commons. My job and peers at Creative Commons are amazing and working for CC, in my capacity at least which I can speak to, is a dream job. If anything, I will be pushing Creative Commons even more by action, projects, and facilitation in another capacity.

Thus, if you want to find out more about what I will be doing, you know where to find me. And, if I’ve been working with you, your business, your community, and/or organization, jon@creativecommons.org still works (and will so). I am continuing work on a couple of projects that have not launched in relationship to Open Library/PDWiki project. I also am on-demand still for speaking at events and conferences globally – particularly in Asia since I will be spending most time in China from August – December 2008. I’m still on the books and will facilitate any discussions to the appropriate people. I’m more excited that ever to keep growing the commons!