President-Elect Barack Obama and his staff have been posting photographs to his Flickr photostream since early 2007. Their most recent set from election night offers an amazing behind the scenes look at a historic point in American history. 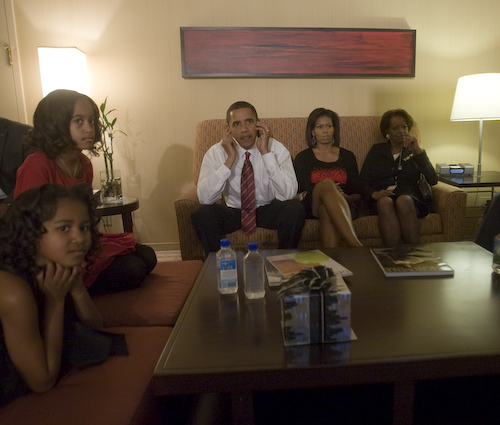 All of the photos are released under a CC BY-NC-SA license, making them easily shareable and reusable. You can see more photos from the campaign trail here.