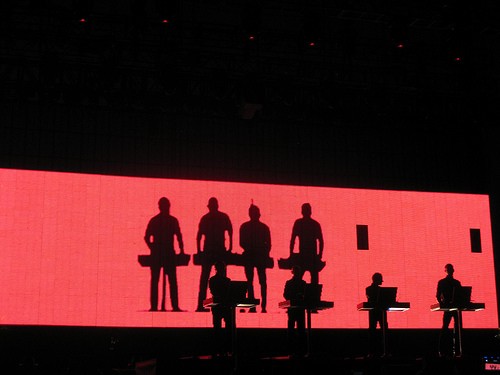 Kraftwerk by greenplastic875 | CC BY

German electronic-music pioneers Kraftwerk were told yesterday by a judge in Germany that a two-second sample used by a producer in Germany did not infringe on their copyright. From the BBC (emphasis added):

The ruling overturns an earlier decision against Moses Pelham’s use of a short sample from Metal on Metal.

Judges in Berlin said the two second extract did not infringe copyright, as his song was substantially different.