We mentioned late last year that Jeremy Keith’s CC BY licensed photo was used in the film Iron Man. While that was particularly notable, Jeremy is a prolific user of CC licenses for his photos and other materials, garnering many reuses. A graphic design student asked him a series of 15 questions about CC. He blogged the answers, which are well worth reading. Here’s the lead in:

I’ve found that releasing my Flickr pictures under a Creative Commons licence has been very rewarding. My pictures have been used in all sorts of places and most people are kind enough to drop me a line and let me know when they use one of my photos. Say, for example, that the site More Than Living wanted to illustrate the article entitled What is a manbag? with a very fetching picture of Richard.

Uwe Hermann (who we’ve mentioned in the past as a curator of CC licensed music) also just posted about reuse of his photos: 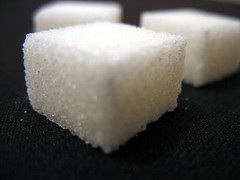 Even with my humble, and not really widely-known little photoblog, you can already see the Creative Commons license’s effects on media sharing and remixing/reusing kick in. Quite a number of my photos have already been used by other people for various different purposes (blogs posts, articles, even album covers), including some of the “bigger” sites such as the Wall Street Journal Blog or Cult of Mac…

Even some of my mediocre photos have been reused, and I admit to getting a small kick out of it.