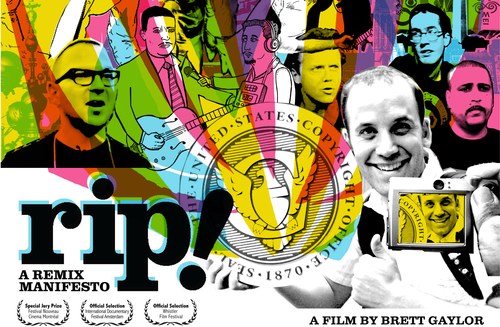 RiP: A Remix Manifesto, a community-driven documentary that focuses on copyright and remix culture (covered earlier here and here) is just beginning to creep out into theaters, having its U.S. premier last week at SXSW. While the film largely focuses on the story of Greg Gillis (Girl Talk) it includes interviews with a wide variety of figures, including both Lawrence Lessig and Cory Doctorow.

Perhaps most interesting is that the filmmakers have teamed up with open source video platform Kaltura (early coverage here) enabling anyone with a computer to remix the film only at opersourcecinema.org. All the footage of the film is released under a CC BY-NC license.