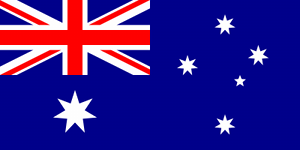 Our CC jurisdiction teams are always hard at work on critical license maintenance and version upgrades. Currently, many of these talented local teams are adapting Version 3.0, released February 2007, to the laws and languages of more than 70 jurisdictions around the globe. Joining the jurisdictions that offer licenses at 3.0 is Creative Commons Australia, whose versioning process revealed important insights into the licenses and suggestions for future versions.

Thanks so much to the CC Australia team, headed by Professor Brian Fitzgerald and Tom Cochrane and coordinated by Jessica Coates and Elliott Bledsoe at Queensland University of Technology, for their diligence and input. Congratulations!

The Australian v3.0 licences…have been developed over the last few years via a public consultation process. We thank all of those who provided feedback on the licences, particularly our colleagues at CC Aoteoroa New Zealand and within the Australian government and non-profit sectors.

Our main aims during the Australian v3.0 drafting process were to ensure that the new licences:

Based on these aims, we made the following changes to the licences:

We are happy to release these licences, which we believe provide clear, reasonable and legally sound options for creators and users alike and represent a new best practice standard for the CC licences in Australia. If you would like any more information about the licences please feel free to contact us at info@creativecommons.org.au. For more information on the versioning process contact the Creative Commons head office.