SoundCloud has long been a preeminent destination for creators looking to share and distribute music and audio online. From the beginning SoundCloud has supported CC-licensing options – today they launched a slew of new features that bolster this integration broadly, with a particular impact on those looking for CC-licensed music.

Advanced search options, a CC portal, increased visibility for license choice, and a CC-licensed remix contest are just a few of the new features SoundCloud debuted today. We even got in to the act, posting loops from the Into Infinity project and setting up a DropBox to hear what kind of fantastic CC-licensed tunes SoundCloud users have been posting.

To help frame this update we caught up with SoundCloud-er Parker Higgins – read on to learn about SoundCloud’s history, the power of their new feature set, and plans for the future. 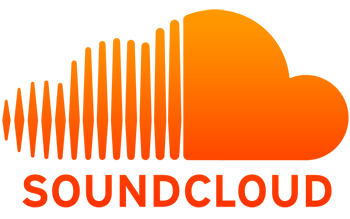 Let’s start by getting some background on Soundcloud – when and why did SoundCloud start? What hole was there in the online music distribution field that needed filling?

SoundCloud was founded in 2007, mostly as a response to the problem of moving around large music files. At the time, the options for sending around audio files, which can be uncompressed and very large, were a combination of e-mailing and large file transmission sites, or clunky FTPs. To make it worse, there weren’t any really elegant solutions for public distribution either. Musicians have a need to send around audio all the time: privately, like between band members or with producers or A&R guys, and publicly, when trying to give fans access to your tracks. This was the problem SoundCloud stepped in to solve.

In the meantime, a lot of very cool things has shaped its development. As the site has become more popular, we’ve added more social features and people have really started to see it as a community. We’ve also branched out more into embracing all sorts of audio, and not just music. SoundCloud is still the best way to move your music around, but it’s also become a thriving place for musicians, field recorders, comedians, sample makers, listeners, and everybody else to find and share audio creations.

What kind of people and organizations are using SoundCloud to distribute music? Anyone of particular note? Is it mostly creators that use SC or are there also music consumers using SC as a platform to find new artists?

We consider SoundCloud to be about the music and audio creators, and as we work on new features and fixes, it’s with them in mind. Of course, music is an ecosystem, and listeners like to go where the creators are. It’s also important that by making it easier for music creators to use the site, we’re lowering the barriers of entry to become a music creator, and helping to empower traditional music consumers to become creators.

It’s gotten so easy for “non-musicians” to use GarageBand, Audacity, or any number of instrument applications on computers, phones, and tablets to actually create something. And with SoundCloud, it can be even easier to share those creations. 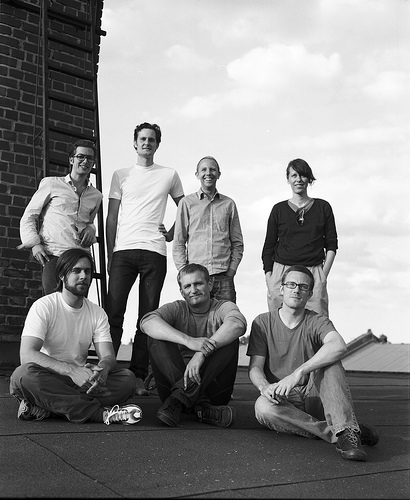 SoundCloud first integrated CC-licensing options back in October of 2008. What kind of features were added in this most recent update? Why should members of our community be excited as we are?

When we first introduced CC-licensing options, they were aimed mostly at the people uploading material to the site. For example, we had a really straightforward license chooser, but it wasn’t always obvious for listeners to see the license. For this update, we focused a lot on the discovery element: incorporating CC into the advanced search options on the site, showing the license badges prominently on the players, and developing a CC landing page that shows off the latest and hottest tracks on the site.

I really do think that, in general, SoundCloud is the best platform for storing, discovering, and sharing audio of all kinds on the web, and this update makes big steps towards making it the best platform for Creative Commons audio in particular. Improving the actual ecosystem of tools and platforms available to Creative Commons creators is a really exciting prospect.

The open-source remix app you mention is one of a bunch of really cool free and open-source software projects coming out of and connecting to SoundCloud. It’s already live in some contests around the web, and will definitely be used for something oriented specifically towards Creative Commons in the near future.

UPDATE: We’ve just announced a CC remix/mashup contest that used our open source remix contest software, and it’s open for submissions now through September 26. We’re inviting users to submit CC BY samples to a common repository, and then submit original compositions that use those samples. More information is here.

We’ve also pulled out some of our favorite Creative Commons users currently on SoundCloud, and this week we’re profiling them on the SoundCloud blog. They’ll all be up on our blog soon!

You put out a call earlier in the summer for users to add their CC-licensed samples to SoundCloud – what was the response to this like?

It’s been really amazing how much enthusiasm we’ve tapped into for this. We’ve gotten thousands of samples uploaded and tagged, which means that for people creating music or video that incorporates samples, they can search through our giant archive instead of storing dozens of gigabytes on their computer. What’s especially cool is that we’ve gotten submissions from everybody from individual users who just happen to have samplers, like the Stretta Samples project, to institutions like to OLPC sample collection, to big sound designers like Sample Magic.

What’s up next for SoundCloud? Any cool new projects being worked on that our community should know about?

One thing I’m particularly excited about is the way people from all over the web are using our API. Just browsing through our app gallery, you can get a feel for all the cool ways that people are putting and and getting out audio from SoundCloud. We’re also working on exciting new features ourselves, but people have to sign up to see those when they come out!