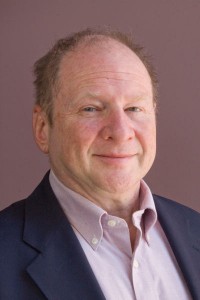 Founding board member Hal Abelson was an advocate of Creative Commons from before the organization even existed. He was a grad student in the 60s when people starting buzzing about computers. “They cost several million dollars at the time,” he says. “My first thought was, this computer thing is great, you can turn kids loose on it.” Now a Class of 1922 Professor of Computer Science and Engineering at MIT, Abelson has always advocated widely and deeply for sharing on the Web. In the early 80s, he published a book about the Logo programing language after spearheading its first implementation for Apple. He created free software before the Free Software Movement even existed. And in 2002, he started MIT’s OpenCourseWare program, which offers teaching materials from MIT classes for free. It was the first large corpus published under a CC license.

Abelson’s latest venture is Google’s App Inventor for Android, an interface that lets anyone visually design games, educational apps, text tools, and other fun products easily. “It should be natural that you can take your cell phone and build a mobile app for your friends on it.” He notes that people tend to experience technology as consumers rather than creators; this, he believes, has the potential to shift.

One of the greatest challenges facing CC, Abelson points out, is parsing the complex, non-intuitive legal language of copyright into something that everyone can use and relate to. “When we started CC there was the Internet, but people could not use it according to the law. Now we’ve built this enormous, wonderful technical infrastructure of communication sharing and reuse, but our institutions are still in gridlock. There’s a tremendous discrepancy between the law and people’s behavior. In order to make it really okay for people to reuse and remix material from another web page, using CC licenses has to be easy. The legal concepts in copyright just aren’t intuitive—they don’t align with the reality of the things people think about.”

Nonetheless, Abelson is optimistic and excited about the future of sharing. “Creative Commons is the foundation of open sharing on the web. Almost everybody uses CC every day. They may not think about it, but they do. We’re able to come together in a way that was never ever possible. To me, that’s what changes humanity.”

Join Hal Abelson in showing that you care about Creative Commons by donating to CC today.