Sharing becomes a slippery slope when it comes to genomics: we need massive amounts of data in order to understand the human genome, but issues of privacy, abuse, and the distrust of institutions stand in the way. So how do we resolve this?

We talked to Robert Cook-Deegan, the director of the Center for Genomics, Ethics, Law & Policy at Duke University, about how the field of genomics is poised for takeoff, the challenges it faces as it scales, and how CC can step in as a neutral institution that will save the day. 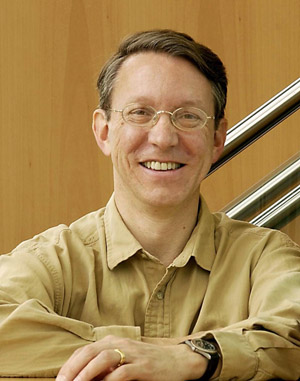 What is the link between GELP and CC?

Genomics is completely dependent on a healthy mutualism between discovery science and practical application, yet the field is rife with conflict and deeply held ideologies and is rarely fertilized with empirical facts. Creative Commons is all about finding solutions that reduce friction in the intellectual property (IP) system and facilitate sharing of data and materials. So our roles are complementary and mutually dependent.

GELP is a corporate sponsor of Creative Commons–why do you think CC is important?

There are many academic centers with talent–we publish our own research at Duke, but we’re just not that good at putting things into action–but Creative Commons is the only place that is actually trying to get things done as a trusted nonprofit intermediary and catalyst.

I’m reminded of the epitaph on Buffy the Vampire Slayer’s grave: “She Saved the World. A Lot.” That’s what CC has begun to do in the world of art and writing; it’s helping save our culture from some of its own worst pathologies. It has the potential to do the same in science.

What do you see as CC’s role in the broader digital ecosystem? How does CC enable GELP to better innovate in that space?

The field of genomics is poised for takeoff. This is not pure hype. In 1999, there was no published human genome; by 2003 we had a reference human genome; by 2007 Craig Venter and Jim Watson’s genomes were on the Internet. Nature estimates that today, several thousand people have been fully sequenced.

But that information is useless if it is not compared to sequences of other people and organisms. What matters is genetic variation and how that maps to phenotype–whether a person is likely to get a disease or is prone to certain risks. If there was ever a field that depended on network dynamics, this is it. I can’t predict who will make the most valuable contributions to understanding my genome, but I sure want them to do a good job. And they can only do a good job if they have access to lots of other peoples’ genomes. This is hard because many people have the same concerns for privacy, fears of abuse, and distrust of institutions that I do.

How in the world are we going to solve this problem? I don’t know. But I do know that most research institutions and private firms are more concerned with mining what’s under their control already, rather than sharing and creating value collectively. The real value of genomic data is going to require information vastly beyond the control of any single institution.

We need Creative Commons because it is a trusted intermediary non-profit institution that will enable the dangerous dark innovation jungle to thrive despite the entrenched ideologies and conflicting interests of all the critters that live in it. We’re depending on you. May the force be with you.

Join Robert and GELP in supporting Creative Commons and help ensure a bright future for sharing in the field of genomics by donating to CC today!