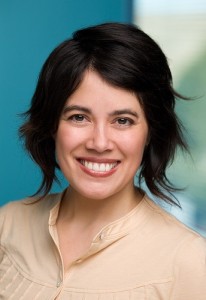 The first website CC board member Caterina Fake ever made was a fan page for Lolita author Vladimir Nabokov, her favorite writer.  “When I first went online around 1993-1994, every site was just something people had just put up–pictures of their cat, or a marble collection, or Bob Dylan discography. It was just strangers making cool stuff and sharing it online. The Internet was premised on this culture of generosity.”

But as the web grew, so did the rules about copyright and ownership of content. And somewhere along the way, this culture of generosity got lost in lockdown. That’s why, within six months of co-founding Flickr in 2004, Fake made sure that users could upload their photos to her rapidly expanding photo-sharing site with CC licenses. “Flickr is very much a platform for this culture of generosity to take place,” she says. “Creators should be able to choose to make their work available. If they have no interest in the ridiculous restrictions copyright is imposing on people, that should be okay.”

Today, Flickr has over 167 million CC-licensed photos, making it one of the largest repositories of freely shareable images in the world.

In the summer of 2009, Fake started Hunch, a website that builds a “taste graph” of the Internet. Users respond to questions like: “Do you like your sandwich cut vertically or horizontally?” and “When flying, do you prefer a window seat or an aisle seat?” The data collected goes towards finding random correlations on web users and providing recommendations on magazines,TV shows, and books. It’s all part of what Fake is most passionate about, what she calls participatory media.

Fake has been a supporter of sharing creative content from very early on. Before she was even thinking about founding successful web companies, Fake was a painter, sculptor, and writer. “I’m a big proponent of people having the ability to express themselves and be part of a culture that supports creative work,” she says. “I believe everyone who wants to make a living off their work should be more than welcome to do so. And those who do not should also have the ability not to be constrained by copyright.”

Help build a culture of generosity on the web by donating to Creative Commons today.