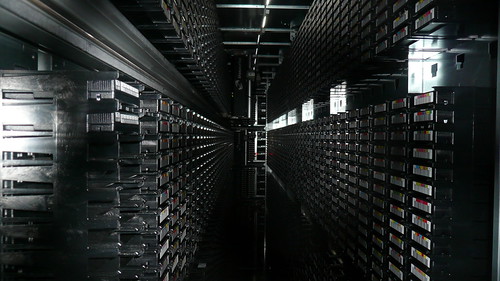 CERN, the European Organization for Nuclear Research that is home to the Large Hadron Collider and birthplace of the web, has released its book catalog into the public domain using the CC0 public domain dedication. This is not the first time that CERN has used CC tools to open its resources; earlier this year, CERN released the first results of the Large Hadron Collider experiments under CC licenses. In addition, CERN is a strong supporter of CC, having given corporate support at the “creator” level, and is currently featured as a CC Superhero in the campaign, where you can join them in the fight for openness and innovation!

Jens Vigen, the head of CERN Library, says in the press release,

“Books should only be catalogued once. Currently the public purse pays for having the same book catalogued over and over again. Librarians should act as they preach: data sets created through public funding should be made freely available to anyone interested. Open Access is natural for us, here at CERN we believe in openness and reuse… By getting academic libraries worldwide involved in this movement, it will lead to a natural atmosphere of sharing and reusing bibliographic data in a rich landscape of so-called mash-up services, where most of the actors who will be involved, both among the users and the providers, will not even be library users or librarians.”

The data is available for download here, and will soon be available at the Open Library, the Internet Archive’s online catalog with 20 million records to date under CC0.

In related news, the Cologne-based libraries have made the 5.4 million bibliographic records they released into the public domain earlier this year, also via CC0, available in various places. See the hbz wiki, lobid.org (and their files on CKAN), and OpenDATA at the Central Library of Sport Sciences of the German Sports University in Cologne. For more information, see the case study.

The German Wikipedia has also used CC0 to dedicate data into the public domain; specifically, their PND-BEACON files are available for download. Since Wikipedia links out to quite a number of external resources, and since a lot of articles link to the same external resources, PND-BEACON files are the German Wikipedia’s way of organizing the various data. “In short a BEACON file contains a 1-to-1 (or 1-to-n) mapping from identifiers to links. Each link consists of at least an URL with optionally a link title and additional information such as the number of resources that are available behind a link.” Learn more from the English description of the project.

One thought on “CERN Library releases its book catalog into the public domain via CC0, and other bibliographic data news”