With the worldwide CC community now home, or well on their way, we can officially declare the Creative Commons Global Summit 2011 a huge success.

For three days Warsaw, Poland, became the center of the CC world, with almost 300 people – including over 160 CC affiliates, board, and staff – examining all aspects of the movement, the licenses and community. From CC’s ongoing strategy to the latest implementations worldwide to the role of openness in the Arab Spring, the conversations, presentations and debates were diverse and exciting. 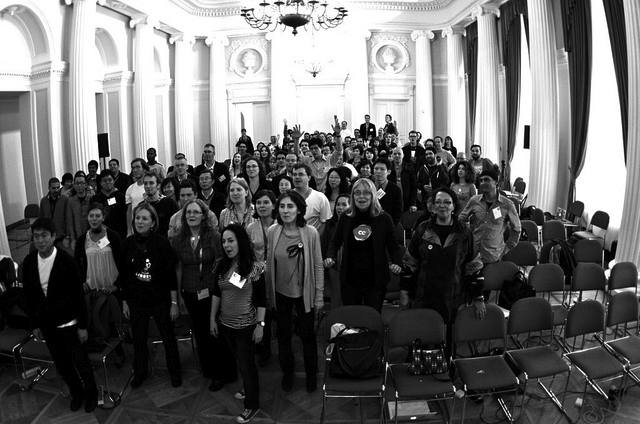 The summit, or the power of open by Kalexanderson / CC BY

Overall, the Summit flew by without a hitch—thanks in great part to the CC Poland team who were our generous hosts, and to the myriad other affiliates and staff who contributed to organizing and running sessions on public sector information (PSI), data, creative CC projects, open education, and more. For more detail, check out the full program (pdf) and the wiki for the unconference track that ran in parallel.

Action items from this outpouring of ideas are still being developed – particularly next steps around the next version, 4.0, of the CC license suite. We’ll be blogging in greater detail on some of these soon (look for a separate 4.0 announcement in the first part of October), but for now we’d like to recap a few other highlights from the summit!

Several affiliates have already covered the summit on their personal blogs; we highly recommend reading Andrés Guadamuz’s (Project Lead of CC UK Scotland) take on the Version 4.0 discussion and Brian Wesolowski’s (CC Qatar) summary post, which includes his showcase of the ways the Qatar Museum Authority is exploring the use of CC licenses to share its collections and resources. 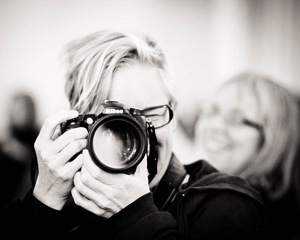 Kristina by DTKindler Photo / CC BY

Such showcases and talks from the CC affiliates and broader community were without question the highlight of the Summit. Many of  these are now available on the CC community group on SlideShare.

Video from the livestream in the main hall is also being uploaded, with the raw footage of several sessions available at CC Poland’s Blip.tv account. An excellent set of high quality crowd-sourced photos are also available at the CC Global Summit Flickr pool. For all media from the Summit, see the Event coverage at the Global Summit wiki.

Some other highlights from community, PSI, education, and culture streams of the Summit:

This year’s Summit had a particular focus on community and aimed to highlight and facilitate the work of CC affiliates around the world. Central to this aim was the Global Perspectives panel, which featured prominent community members from Asia and the Pacific, Latin America, the Arab World and Africa, all of whom provided their views on the unique challenges, opportunities and goals for CC in their regions.

Several sessions focused on the role of CC licenses and tools for PSI. In our PSI “around the world session,” (video) we discussed how CC licenses and tools are adopted in some fashion within governments in over 30 affiliate jurisdictions, hearing updates from affiliates in Poland to Chile to Korea to Australia, and many others. There were other sessions, including one on examining the role of CC within the broader open government and PSI community. We discussed several key points, including: 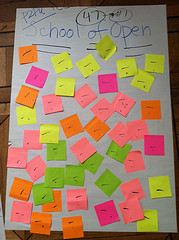 We ran several sessions on open education, all of which helped to focus our education strategy and next steps for specific projects.

In the “School of IP, Copyright & CC,” panelists discussed their work on and the potential for shared curricular materials (video, lesson plans, sample projects, talking points) around Copyright, IP & Creative Commons designed to encourage students and teachers to practice the 4 R’s (reuse, revise, remix, redistribute) as part of their learning and teaching. It was evident that there is widespread need for such materials. Outcomes from this panel fed into the CC Education Strategy Workshop where groups met and prioritized the following CC Education projects:

The “School of Open,” which would aim to collaboratively develop and run curriculum and courses on copyright and CC license training for educators, librarians, and others, was the most popular, gaining lots of buy-in from affiliates and external partners. “Open Policy / Legislation exchange” was seen as being able to be incorporated in the “School of Open,” with some policy-strategic conversations remaining offline and private to the CC community. The LRMI is already funded and running, and the session gained lots of preliminary support for adopting, tagging, and educating around the metadata schema when it is published. #4 — the “Ability to track use and reuse of CC-licensed works” — was the most technically and legally focused project discussed. In general, the education field wants and needs this, and CC will continue to push to keep it on the agenda for education and other domains. The education domain in particular can help describe some use cases and needed features. 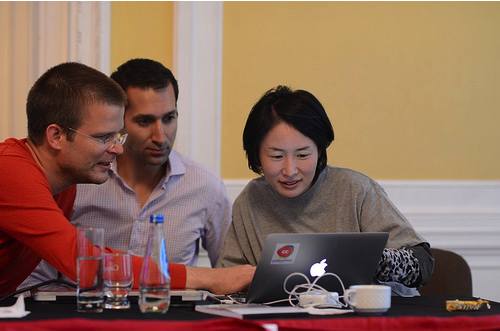 In addition to the cultural evening events, the culture sessions resulted in some excellent showcases around CC license use in the Galleries, Libraries, Archives, and Museums sector (GLAM) and CC use in other creative projects from around the world.

In the GLAM session, Chiaki (CC Asia Regional Project Manager) presented a wonderful showcase from Japan where, as Brian notes, “visitors were encouraged to take photos of art in the museum and share the photos under [CC licenses].” Paul Keller (CC Netherlands) and Brian Wesolowski (CC Qatar) also talked about GLAM projects in their regions, which included a Wiki Loves Art project that took place in the Netherlands and as previously mentioned, ways the Qatar Museum Authority, including the Museum of Islamic Art, Mathaf and the Qatar National Museum, are exploring the use of CC licenses to share their collections and resources.

Since CC was founded in 2001, our network of affiliates has come a long way. CC VP Mike Linksvayer gave an excellent overview of what’s happened in CC and the open community over the last three years. CC CEO Cathy Casserly, CC Chair Joi Ito, and Affiliate Network Coordinator Jessica Coates led a discussion on the CC Vision, how it has changed, and how it might be refined going forward.

Today, with our new regional managers on board, in addition to our existing managers, Chiaki (Asia), Donatella (Middle East), and Aurelia (Africa), we are excited to renew progress and make even greater strides. We’ve already noted improvements we can make in communications, and will work closely with the affiliates to form taskforce groups on this and other matters.

The Summit has been a key step in each of these goals, and will be a catalyst to CC’s ongoing growth as we move into our second decade.

Stay tuned for more on Version 4.0, regional community updates, CC in science, and a report on the Board meeting at the summit.