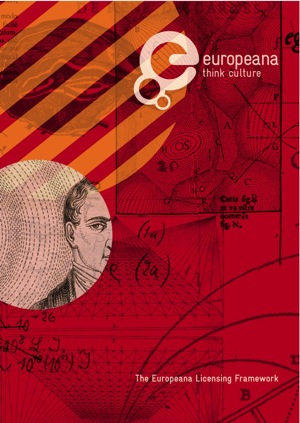 Yesterday, Europeana — Europe’s digital library, museum and archive, and the first major adopter of the Public Domain Mark for works in the worldwide public domain — published and made available The Europeana Licensing Framework using the CC0 public domain dedication. The licensing framework encompasses and is a follow-on to the recent Data Exchange Agreement that Europeana adopted in September, and which Europe’s national librarians publicly supported weeks later.

In Europeana’s own words, the licensing framework “underpins Europeana’s Strategic Plan” for 2011-2015:

“The goal of the Europeana Licensing Framework is to standardize and harmonize rights-related information and practices. Its intention is to bring clarity to a complex area, and make transparent the relationship between the end-users and the institutions that provide data.”

“Users need good and reliable information about what they may do with [content]. Whether they can freely re-use it for their educational, creative or even commercial projects or not. The Europeana Licensing Framework therefore asks data providers to provide structured rights information in the metadata they provide about the content that is accessible through Europeana. Doing so makes it easier for users to filter content by the different re-use options they have – by ‘public domain’, for example and hence easier for users to comply with licensing terms.”

Relatedly, see Europeana’s white paper no. 2 published last month, The Problem of the Yellow Milkmaid: A Business Model Perspective on Open Metadata (pdf). The white paper “explore[s] in detail the risks and rewards of open data from different perspectives” after “extensive consultation with the heritage sector, including dozens of workshops.” It opens:

“‘The Milkmaid’, one of Johannes Vermeer’s most famous pieces, depicts a scene of a woman quietly pouring milk into a bowl. During a survey the Rijksmuseum discovered that there were over 10,000 copies of the image on the internet—mostly poor, yellowish reproductions1. As a result of all of these low-quality copies on the web, according to the Rijksmuseum, “people simply didn’t believe the postcards in our museum shop were showing the original painting. This was the trigger for us to put high-resolution images of the original work with open metadata on the web ourselves. Opening up our data is our best defence against the ‘yellow Milkmaid’.”