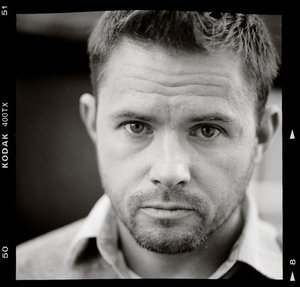 As a well-known British portrait photographer, Jonathan Worth has taken photographs of hundreds of famous people. But don’t take his photography classes if you’re hoping to meet Jude Law. “I see that I am quite a commodity for a university: I’m one step away from someone who’s incredibly famous. And there’s a misguided assumption that because I have photographed famous people, that I am somehow connected and friends with them.” Today, Jonathan is offering his students at Coventry University a different kind of connectedness, a kind that’s less about celebrity and more about building a community of peers.

Along with fellow photographer Matt Johnston, Jonathan teaches a course at Coventry College called #PHONAR (photography and narrative). Although thousands of people have participated in the course over the Internet and all of the lectures and course materials are licensed CC BY-SA, he doesn’t consider it a MOOC. But it might be a hugely important step in the development of open education.

When we interviewed Jonathan for The Power of Open a few years ago, he was cautiously optimistic about the possibilities for photographers in a more connected world. “We don’t have all the answers,” he said, “but CC […] helps me take advantage of the things working against me.”

When Jonathan was approached to teach an undergraduate photography class, he was excited about it, but also leery of how to teach young photographers as they enter a world in which professional opportunities are far from a guarantee. “Me as supplier doesn’t work. I used to think that my product was photographs, and that was it. It doesn’t work that way. I can’t control my images on the internet. And so when I stopped trying to do that, it changed the way that I thought about myself and what I do.

“I said, ‘I’ll write these classes so long as they’re not the same classes that I’d done before, which were written in the 70s.’ It would be morally bereft of me to do that.”

“I’m trying not to use the word ‘open’ now,” Jonathan told me. “I prefer the word ‘connected.’” And connected the classes are: Jonathan regularly collaborates with luminaries from the photography world — Steve Pyke and Chris Floyd have been recent guests — but so have people from other fields. “Cory Doctorow, he’s obviously not a photographer. But photographers don’t have all the answers. I was looking around — authors are making some ground. Musicians are lightyears ahead of us.”

But here’s the secret sauce of of Jonathan’s connected classroom: each of those contributors brings their own communities into the fold. And Jonathan sees those connections as the real value of conducting the class openly. “That abundance of people is not a burden. I have 20 people in the room, and one person who tunes in for one of my classes, and they look at one of my students’ work, and they tell one of their friends about it, they’ve amplified the classroom experience for that student. They’re bringing attention to the student. They’re bringing support. That’s what the students need, to have that network.”