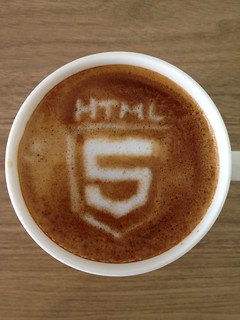 Creative Commons strongly believes in the respect of copyright and the wishes of content creators. That’s why CC has created a range of legal tools that rely in part on copyright to enable our vision of a shared commons of creative and intellectual works.

But when creators’ rights come at the expense of a usable internet, everyone suffers for it. Over the past 15 years, various companies have started using mechanisms to limit the ways in which users can use their content. These digital rights management (DRM) techniques make the internet less usable for everyone. CC believes that no DRM system is able to account for the full complexity of the law, since they create black-and-white situations where legally there is wiggle room (such as for fair use, for example). This failing causes DRM to limit consumer freedoms that would otherwise be permitted, and that can create very real harm to consumers. Examples abound, but a recent one can be seen in this report on how DRM and the DMCA have seriously limited the ability of the visually impaired to have access to e-books they can use over the past 15 years.

The W3C recently published a draft proposal that would make DRM a part of HTML5. While CC applauds efforts to get more content distributed on the web, DRM does more harm than good. In addition to limiting consumer freedoms, it’s not at all clear this proposal would even be effective in curbing piracy. Given the proposal’s architecture, it will cause dependence on outside components which will not be a part of the standardized web. A standardized web is essential to allow anyone to participate in it without locking them into giving any one player a say on what proprietary device, software, or technology they need to use. The proposal opens up exactly such a dependency: it allows web pages to require specific proprietary software or hardware to be installed. That a dangerous direction for the web, because it means that for many real-life uses it will be impossible to build end-to-end open systems to render web content.

Read EFF’s post on defending the open web from DRM for more details on the proposal, history, threat. Get the facts and, if you’re interested, sign the Free Software Foundation’s petition to oppose DRM in web standards.