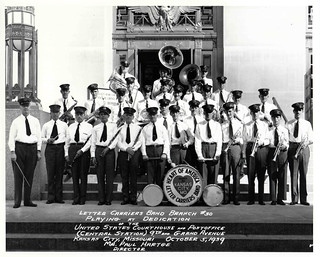 Our friends at SoundCloud just told us about a contest they’re running with the Smithsonian Institution. The Smithsonian publishes audio from its archives on SoundCloud under CC BY-NC. Now, it wants to show off all the possibilities for remixing open content by holding a remix competition:

Now the Smithsonian is calling on you to sample, chop and remix selected recordings from their entire collection of sounds, including recordings of frogs and insects from Encyclopedia of Life, Astrophysical Observatory sounds, Smithsonian Jazz masterworks, and Smithsonian Folkways.

The rules are simple. Submissions may be any length, but must incorporate at least two Smithsonian tracks.

Prizes include free SoundCloud Pro accounts and tickets to a special event at the Smithsonian in November.

Hurry! Entries are due November 8.