As we prepare for the December board meeting, I’d like to reflect on Creative Commons’ biennial Global Summit in Buenos Aires last August and report on developments in Cathy Casserly’s transition as CEO.

It was inspiring to be among the several hundred who gathered in Argentina, meeting with the global affiliate network, CC staff, and our allies in the open movement. We had several days of substantive interactions with representatives from over 80 countries, enriched by our diverse cultures, language, and experiences.

CC’s board of directors held its summer meeting during the summit. Our agenda focused on our strategic priorities, license version 4.0, copyright reform, and upcoming shifts within the board and organization. 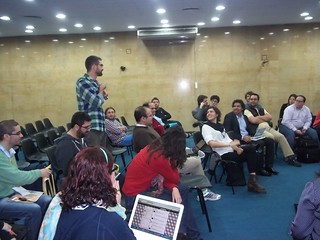 From the earliest days of Creative Commons, there has been ongoing discussion about the degree to which it is appropriate for the organization to engage in the copyright reform debate. While the organization’s mission has always been to help creators share their knowledge and creativity with the world, our licenses are necessarily embedded in and adjunct to copyright law. Moreover, many of CC’s affiliates are leaders of the copyright reform movements in their respective countries.

Those discussions culminated at the summit, when affiliates held a special pre-summit conference to discuss Creative Commons’ role in the copyright reform debate. The event was the one of the best-attended sessions of the entire summit, with over 100 individuals representing both the Affiliate Network and the broader community.

Participants collectively drafted a statement that acknowledges the need for improvements in copyright law worldwide. The board formally endorsed the statement in October. The statement won’t be surprising or controversial to people who’ve been following CC for very long. What it will do is clarify that as an organization, we don’t see open licensing as the only solution to every problem with copyright law.

For a longer explanation of the context around this issue and what it means for the organization, see the blog post about it. 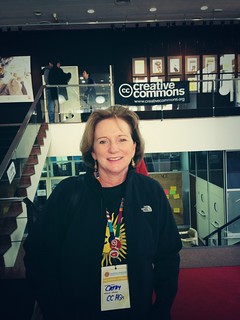 The last part of our meeting in Buenos Aires focused on Cathy’s plans to transition from her role as CEO in early 2014, after three years of service. Cathy has been a tremendous strategic leader for the organization, and with the focus she has brought to CC’s mission and priorities, we are substantially closer to achieving our vision than ever before.

To ensure a wide and thorough search for our next CEO, the Board of Directors has engaged m/Oppenheim to lead our search process. The search committee has now been formed; we expect to launch the search publicly in the near future, and look forward to community input. Please send any ideas about candidates to Lisa Grossman, lisag@moppenheim.com.

As the Creative Commons leadership changes, its mission remains constant, and I am continually heartened by the memory of the summit which confirmed that the global community’s commitment to our movement — to a more open internet and world — are stronger than ever.